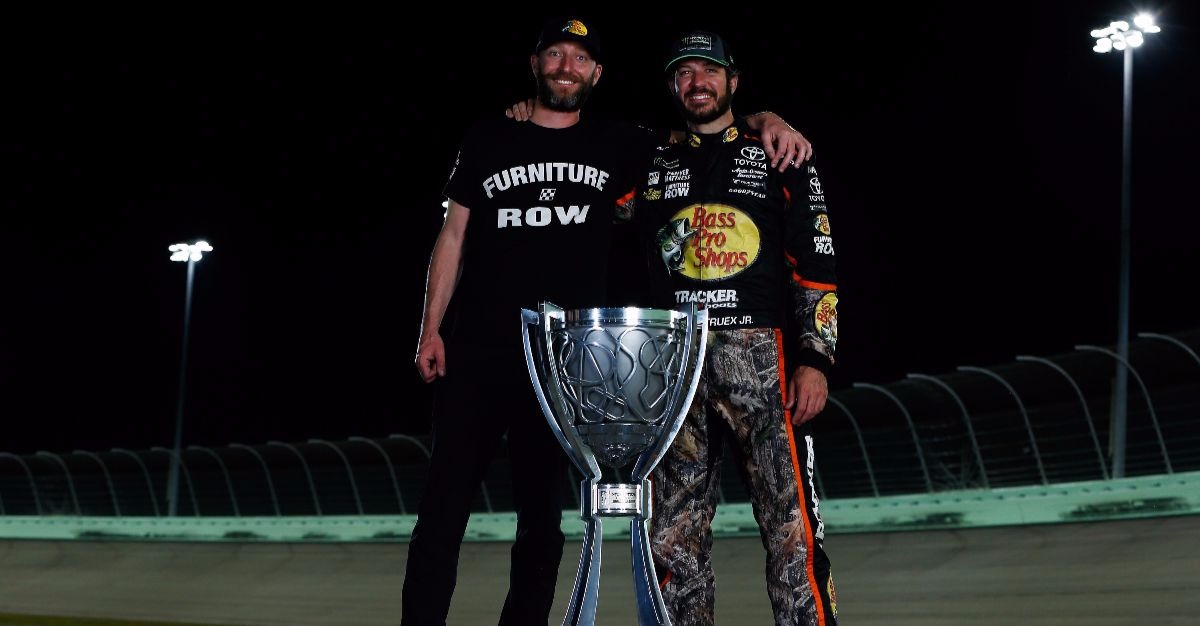 Martin Truex Jr. is the 2017 NASCAR Cup Series champion. It was fitting that after dominating the season, especially at 1.5 mile tracks, he outright won the final race at Homestead to seal the deal. After the race, he reflected on his good friend that gave him his start in racing: Dale Earnhardt Jr.

Dale crashed the victory lane celebration but Truex was glad he was able to share the moment with a man he has such a close friendship with.

“I wouldn’t be here today without him,” Truex said. Martin touched on how Junior was genuinely excited for him winning the championship and that they spent a lot of time together hunting recently.

He said that he feels good that Dale is excited to move to the booth next year and also said something that is true for the whole sport, not just Truex’s career:

“There’s a lot of things that would be different if it wasn’t for Dale.”

Related: Martin Truex Jr. caps off a near perfect season at Homestead