Watch everyone on pit road pay tribute to Dale Earnhardt Jr. before his last race 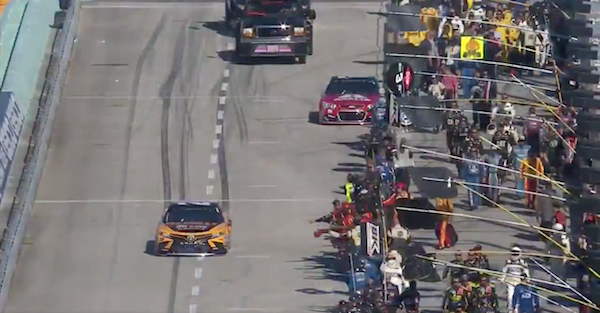 Fans, drivers and even pit crews for opposing teams are paying tribute to Dale Earnhardt Jr. before the final race of his career.

Pit crew members for each team lined up on pit road to show their respect and appreciation for Dale Jr. as he prepared to start his last race.

The announcers noted that pit crew members did the same thing when Dale Earnhardt Sr. won the Daytona 500.

Pit crew members shook hands with Dale Jr. as he drove down the road, and it was a very cool moment to watch on an emotional day for Earnhardt and for the sport.

The week leading up to the race at Homestead has been filled with emotional tributes for Dale Jr., and the festivities before the race have provided Earnhardt fans with memories of his career before the final ride of his career.