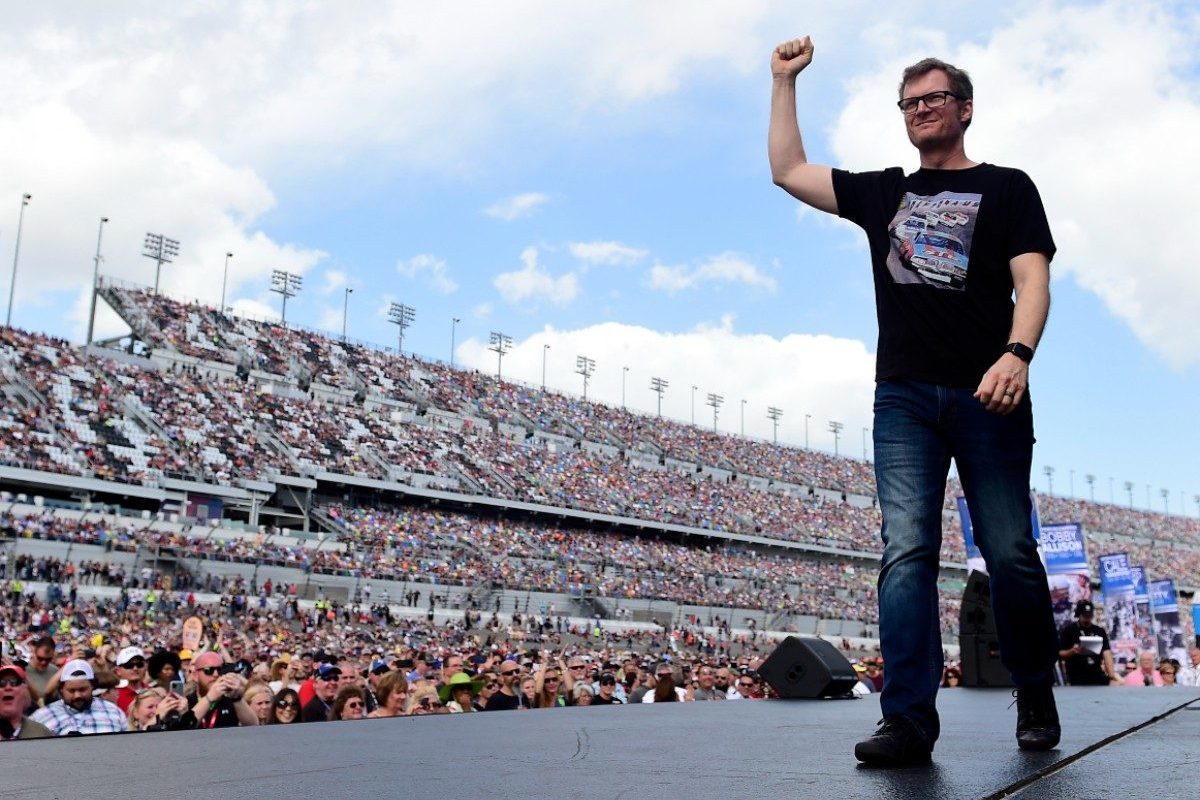 On February 17, 2019, Dale Earnhardt Jr. drove the 2019 Chevrolet Silverado pace car around Daytona International Speedway to kick off the 61st running of the Daytona 500.

But, before making his way over to Daytona Beach, Florida for “The Great American Race,” Dale Jr. stopped by Panama City for a different and more important cause: Assisting in much-needed hurricane relief.

Back in mid-October 2018, Hurricane Michael ravaged the Florida Panhandle. Dozens died and countless homes and businesses were destroyed, as Panama City took the brunt of the Category 4 hurricane.

Months later, the area was still in serious need of aid, and one of the organizations spearheading the relief efforts was Team Rubicon — a disaster relief group mostly comprised of military veterans, first responders, and medical professionals.

Earnhardt joined the team the week before the 2019 Daytona 500, and specifically helped out with clean-up efforts in local neighborhoods.

Spent today in Panama City, Florida with @TeamRubicon and @MountainDew learning about disaster relief after Hurricane Michael. Storm was October 10th. @TeamRubicon is still there assisting. These are special people.

“Spent today in Panama City, Florida with @TeamRubicon and @MountainDew learning about disaster relief after Hurricane Michael,” Dale Jr. tweeted. “Storm was October 10th. @TeamRubicon is still there assisting. These are special people.”

In a subsequent tweet, Dale Jr. wrote, “@TeamRubicon is made up of ex military, active duty, retired and active duty first responders, and kick ass civilians. If you’re curious to learn more (check out) https://teamrubiconusa.org.”

It’s pretty cool to see a high-profile name like Dale Earnhardt Jr. helping out community members in need, especially considering his ties to the state of Florida, as the co-owner of a car dealership in Tallahassee and the owner of a restaurant in Jacksonville.

Good on you, Dale!