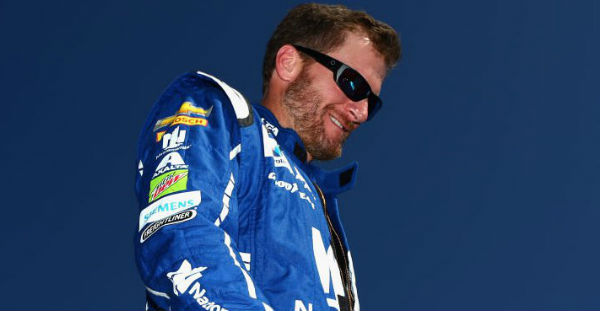 Dale Earnhardt Jr. has left the Cup Series track for the broadcast booth, and with it, his beloved No. 88. But that doesn’t mean he still doesn’t have an interest in the car.

Nationwide released a photo of how the redesigned Chevrolet paint scheme will look, and it’s amazing.

Do we need to give you any more #MondayMotivation than this picture? So excited for this season with @AlexBRacing. #NW88Alex pic.twitter.com/XJNCzlLu71

That scheme came after Nationwide released this blue devil of a car.

We have a case of the Sunday blues with no racing until the #Daytona500. We can not wait to see this car on the track! #NW88Alex pic.twitter.com/OGRsCN3ERm

Dale Jr.’s pumped that the car’s new driver, Alex Bowman, will have such a sharp ride.

This car gets better looking each time I see it. 👌🏼 https://t.co/BXsoJAcpvY