As retirement approaches, Dale Jr. heaps praise on a rival and friend 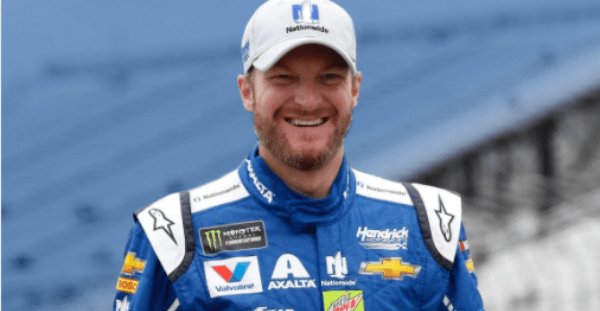 There are two races remaining in the 2017 NASCAR Monster Energy Cup Series season and two races in the amazing careers of Dale Earnhardt Jr. and Matt Kenseth. Earnhardt opened up about his longtime rival and buddy.

RELATED: Matt Kenseth, knowing he?s two races from the end, begins to look back on one hell of a career

The two have been racing together since their Busch Series days back in the late 90’s and debuted into what is now the Monster Energy Cup Series in 2000.

Kenseth is considered by many to be the force behind the current playoff system, after he took home the championship in 2003 with only one win. What’s even more impressive is, according to autoweek.com Earnhardt says Kenseth did so with an underwhelming engine package.

“I bet he was probably down 40 horsepower to everybody else,” said Earnhardt Friday during a press conference in Phoenix. “Roush probably wouldn?t admit it, wouldn?t like to hear that, but he was just an amazing driver.”

Earnhardt credits having a “whole lot more race car” than Kenseth as the reason he was able to win the Busch Series championship in 1998 and 1999. He also feels that Kenseth isn’t given enough credit for his success in the sport.

“I had always been impressed with his talent and his ability,” said Earnhardt. “He was as good a driver as anybody that is in the series today.”

Kenseth spent a good portion of his early career in the shadows of Earnhardt and the expectations that followed him as the son of a seven-time champion. Earnhardt even helped solidify those expectations with back-to-back championships in the Busch Series.

While the two have been rivals on the track, they’re also good friends off the track. Earnhardt credits Kenseth as being one of his most valued of-track friends, according to autoweek.com.

“It?s just been a great friendship. Even today, this year, he rides and I ride, so we cycle a lot on Fridays together and he jokes all the time; when we found out about the news about Amy?s pregnancy he joked that he was angry he didn?t get a text from me before he read about it on social media,” said Earnhardt. “So, that is the kind of friend he is. He expects to be one of those guys that you text when you have that kind of news and I love that about Matt and I love that he thinks that is our friendship that we have.”

RELATED: Dale Earnhardt Jr is on the verge of breaking down at any moment

For two amazing drivers that entered at the same time, it would be the perfect ending for the two to end their careers together at Homestead.