Matt Kenseth, knowing he’s two races from the end, begins to look back on one hell of a career 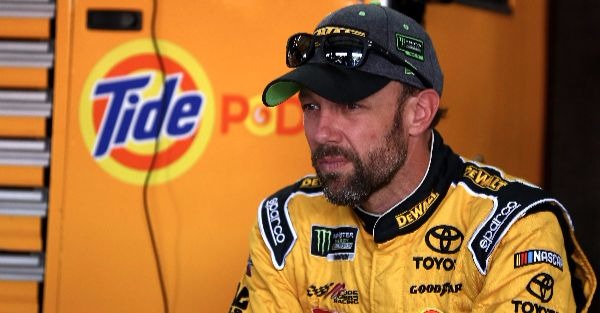 Matt Kenseth’s exit from NASCAR is nearing, and it hasn’t received the same publicity as Dale Earnhardt Jr. retiring or Danica Patrick’s likely exit. Kenseth probably prefers it that way, but he’s a likely candidate to reach the NASCAR Hall of Fame, and he will likely leave the sport unceremoniously.

There are likely only two races remaining in the 45-year-old’s full-time racing career, and he told NBC Sports after Sunday’s race at Texas Motor Speedway that he’s hoping to go out with some success.

Related: An ?irritated? Matt Kenseth makes a surprise announcement about his future

“I’d certainly like to go out with some success,” Kenseth said. “Today, we had a car that was capable of winning the race. Things just didn’t work out in the end with that last run.”

He said hopefully he can stay in the mix the next two weeks and sneak out a victory on his way out.

Kenseth said he’ll take some time away from the sport next year, and that could be a permanent solution since he’s had trouble finding a full time ride. He doesn’t want to race for a smaller team, so unless a bigger team wants to take a chance on him, it’s more likely that his full time days in the sport are over.

Kenseth will be replaced by Erik Jones at Joe Gibbs Racing next season, and he told the Milwaukee Journal-Sentinel that while he wishes he had the opportunity to race another year or two, he’s grateful for his time in the Cup Series since 1998.

“Man, I?m a super-blessed guy,” Kenseth said. “I?ve had an awesome career for a lot of years. I?ve been in good cars with good people my whole entire career.

“Got to work with a lot of great people, got a great family at home, got a lot to look forward to looking forward. There?s nothing to be too disappointed or upset about. At the end of the day, JGR did exactly what they committed to, and so did I.”

Kenseth won the championship in 2003, and he has 38 wins throughout his career. By the time his career is finished, he will have raced in over 650 Cup Series races.

If this is in fact it for Kenseth, he’ll leave behind a Hall of Fame worthy legacy.