Dale Jr. tried to get Hendrick to hire a driver who has become one of the best in the sport 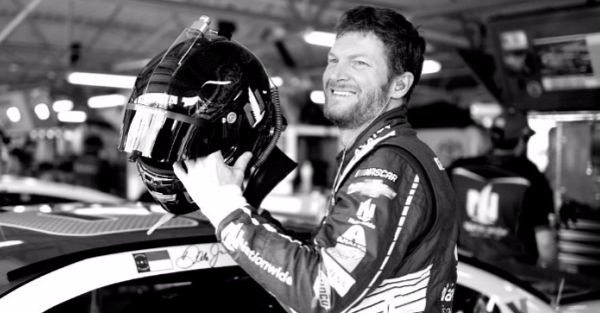 Unless Jimmie Johnson or Chase Elliott come from behind to win the Cup Series Championship this year, 2017 will be considered a down year for Hendrick Motorsports.

Sure, Kasey Kahne picked up the Brickyard 400 victory and Jimmie Johnson added three wins himself, but the seven-time champ hasn’t looked dominant this year. At least not in the same way that Martin Truex Jr. has in the No. 78 Toyota.

The funny thing is that Dale Earnhardt Jr. said he once tried to talk team owner Rick Hendrick into signing Truex a few years back, according to ESPN.

“I begged Rick (Hendrick), I said, ‘ I’m telling you if you get Truex in here, he can do anything these other guys in your company are doing, myself included,'” Earnhardt Jr. said in a media session prior to the Martinsville race. “He’s got that type of talent, you’d be surprised at how well he’d do. He didn’t have the track record or statistics to be in that conversation, but I tried to push him into that conversation.

“I believed in him since the first face we ran together back in 2002 (in the XFINITY Series). The way he ran in our cars, those two seasons when he won the championships, knowing the equipment he’s been in his entire career, and how he performs in it.

“To me he’s always overachieved or at least got everything out of the car the car was capable of getting.”

Can you imagine how much Truex could have already achieved if he would have got a shot with Hendrick?