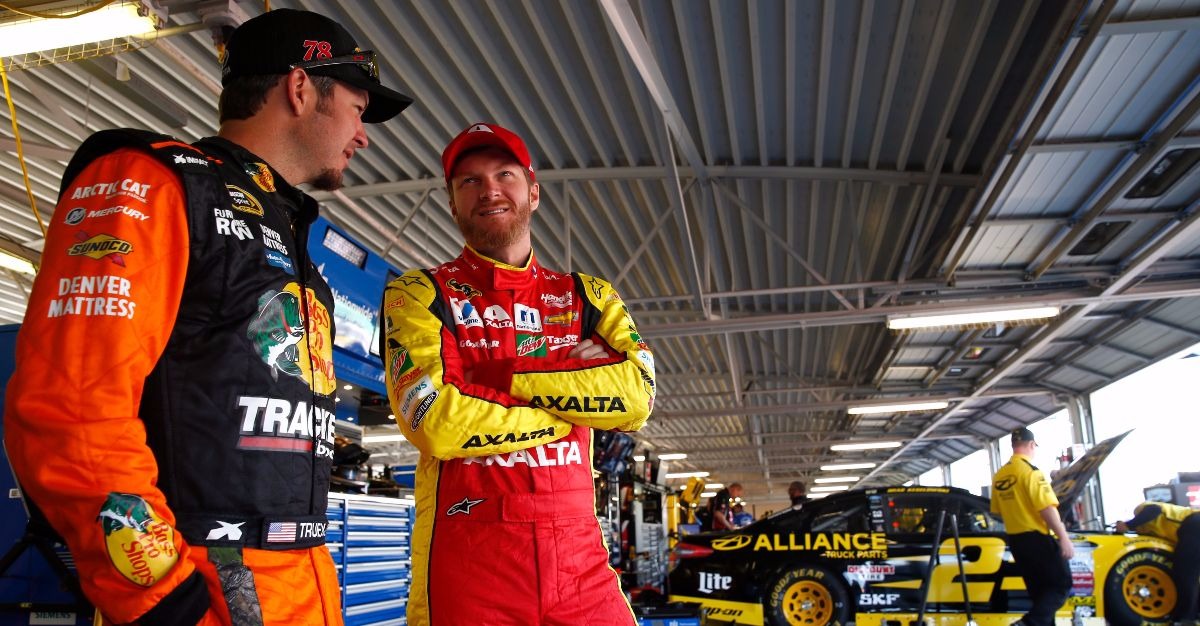 NBC is broadcasting NASCAR’s championship race the right way: On NBC. That might sound like a given, but ask any fan who has had to search for NBC Sports Network or… other means of watching on race day about the race being on NBC proper and they will tell you how frustratingly inconsistent the NASCAR broadcasting schedule is.

In addition to the normal race broadcast for the championship race at Homestead, NBC is running a second broadcast on NBCSN that will focus on the four playoff drivers, Kyle Busch, Kevin Harvick, Brad Keselowski and Martin Truex Jr. according to The Comeback. They will also prove that they know what the fans want by following Dale Earnhardt Jr. specifically for his last race on that same broadcast.

Focusing on the playoff drivers (and Earnhardt) actually sounds like a great way to follow the race. We almost with they would switch the two broadcasts. Put the hyper focused Playoff + Junior focused show on NBC where most people can watch and the regular race can go to NBCSN. Anyone who wants to watch any other drivers specifically probably already has that channel anyway.

Related: For the first time, NASCAR fans can watch the race via virtual reality

The final race of the 2017 season playoffs will be November 19th at Homestead-Miami. There, we will see either Martin Truex Jr, Kyle Busch, Kevin Harvick or Brad Keselowski crowned the 2017 Monster Energy NASCAR Cup Series Champion.