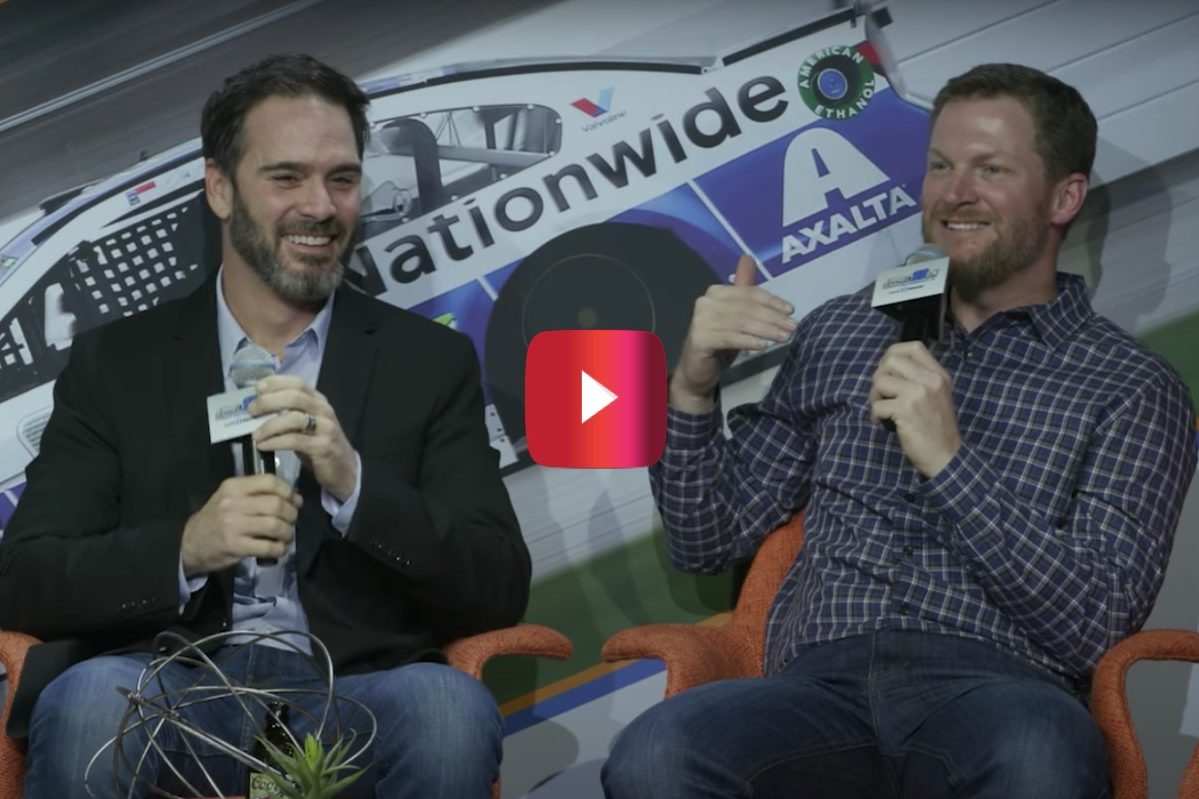 Who doesn’t love a good Dale Earnhardt Jr. story? Interestingly enough, this one has nothing to do with the race track, but rather with a funny first experience that Junior had while biking alongside fellow retired NASCAR driver Jimmie Johnson.

Things definitely did not go according to plan on this day, but check out the clip below to hear about it from Earnhardt himself.

Right out of the gate, Earnhardt was pretty skeptical of wearing spandex while riding the road bike. It’s a pretty common practice for riders to do this, but it definitely takes some getting used to. Normally, when you get bad luck right at the beginning of the day, it’s not a great sign for what’s to come. Earnhardt began the day by holding up Johnson’s group of bikers that were waiting on him to arrive. Once he finally got there, he realized he left the battery for the bike’s shifter on the bus, leading to some more waiting around on the side of the road in spandex.

Finally, they managed to get going. In order for groups like this to keep momentum, they often draft off one another in the same way that a race car would. Earnhardt was having some trouble keeping up with the group in a straight line, and he was swerving a bit while pedaling. Shortly into the ride, a driver gave them the finger because of his erratic movements. They rode 16 miles before taking a break, and Johnson asked Earnhardt if he was going to keep going with the group. Earnhardt had enough at that point and decided to call it quits.

He was so exhausted, he didn’t even care about people seeing him in spandex anymore. He went right back inside the race track where his bus was parked, so he could get some rest. It’s funny how your mentality can change after pedaling 16 miles. It’s much harder than it appears to be, but I definitely give him credit for getting out there and trying it out. Oh yeah, and the rest of the group who completed around 40 miles or so at the end of the day. Hats off to them as well.