Dale Earnhardt Jr. says he would have done the same thing Ryan Newman did to Jeff Gordon 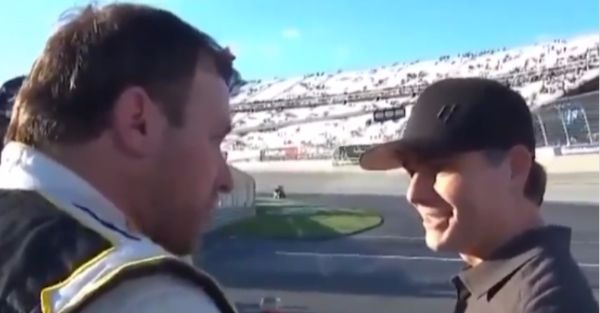 Dale Earnhardt Jr. once again has the most reasonable take on whatever is hot in NASCAR at the moment. The altercation that had everyone talking at the end of the race at Dover was between Jeff Gordon and Ryan Newman.

Newman called after Jeff Gordon about a comment he made. Apparently Gordon told him, ?Thanks for the help,? and Newman didn?t like his tone. Gordon maintains his innocence but clearly Newman thinks there was more to it.

Clearly, Newman was on edge after being eliminated from the playoffs, but Jeff Gordon, part owner of Chase Elliot?s number 24 car, was annoyed at his driver narrowly missing out on his first win. Newman was being lapped by the two leaders and his position helped Kyle Busch make his race winning move.

Junior understands that Gordon wasn’t looking to pick a fight but he also believes he would have done the same thing on the track if he were in Newman’s shoes. With only missing the playoffs by 2 points, Earnhardt Jr. said he totally understands why he was fighting for every position down the stretch of the race.

You can’t tell a racer not to race.