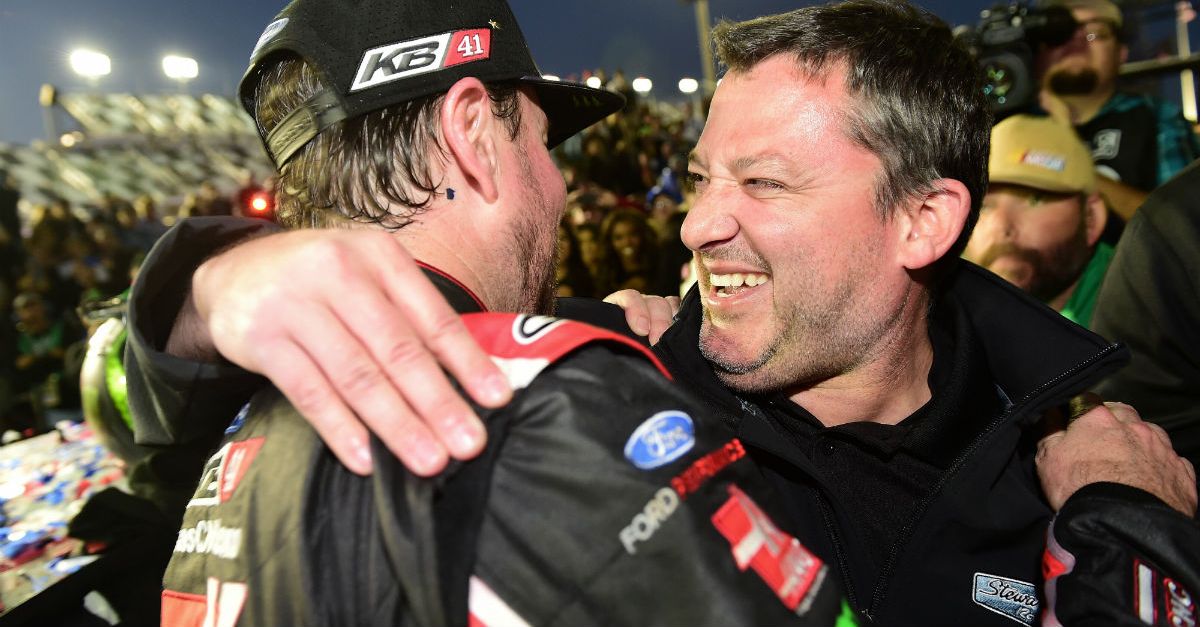 Kurt Busch and Stewart-Haas Racing have, on several occasions, professed their love for one another ever since the team announced it wasn’t immediately resigning the driver of the No. 41.

Both sides say they want a reunion, but now, KickinTheTires says there’s a big problem, and it comes down to what big problems come down to:

Stewart Haas wants Busch to take a “significant pay cut” even though he brings sponsorship to the team, the publication reported.

KickinTheTires quoted team co-owner Gene Haas as saying, “It’s just kind of part of the negotiations, obviously, it would be better to solidify that and I think we will in the next few weeks. Umm, the whole problem with the sport is there is just less revenue coming in and these adjustments are kind of painful on everybody.”

Haas said it’s more than a dollar figure and the team is worried that sponsors may pull out when their contracts are up. Monster and Haas share the sponsorship on the No. 41, though Haas said it’s not worried about Monster pulling out.

For Busch’s part, his lack of contract is clearly on his mind.

RELATED: A soon-to-be NASCAR free agent sets a record during qualifying and takes the pole at Texas

According to The Final Lap, Busch was excited to emerge at the top among drivers posting some rather mind-blowing top speeds at Texas. But even while out qualifying for the top spot, he had his current contract negotiations with Stewart-Haas Racing on his mind.

“No updates for me, we are in negotiations,” said Busch. “Days like today help quite a bit.”

It seemed like no matter what the question, he found a way to tie it into the ongoing negotiations.

RELATED: One of NASCAR’s top free agents is “in negotiations” for his 2018 destination

“There are different hats you wear. I didn’t have a shot at running top-five at Martinsville but I had a teammate in front of me,” Busch said. “It is the small things that add up and when you are in contract negotiations you wave that in front of them as well.”

Busch has 29 career wins in the series and won the 2004 Monster Energy Cup Series Championship. You’d figure driver of his caliber should have no problem landing a car for next season. But in the uncertainty of the sport, only time will tell.