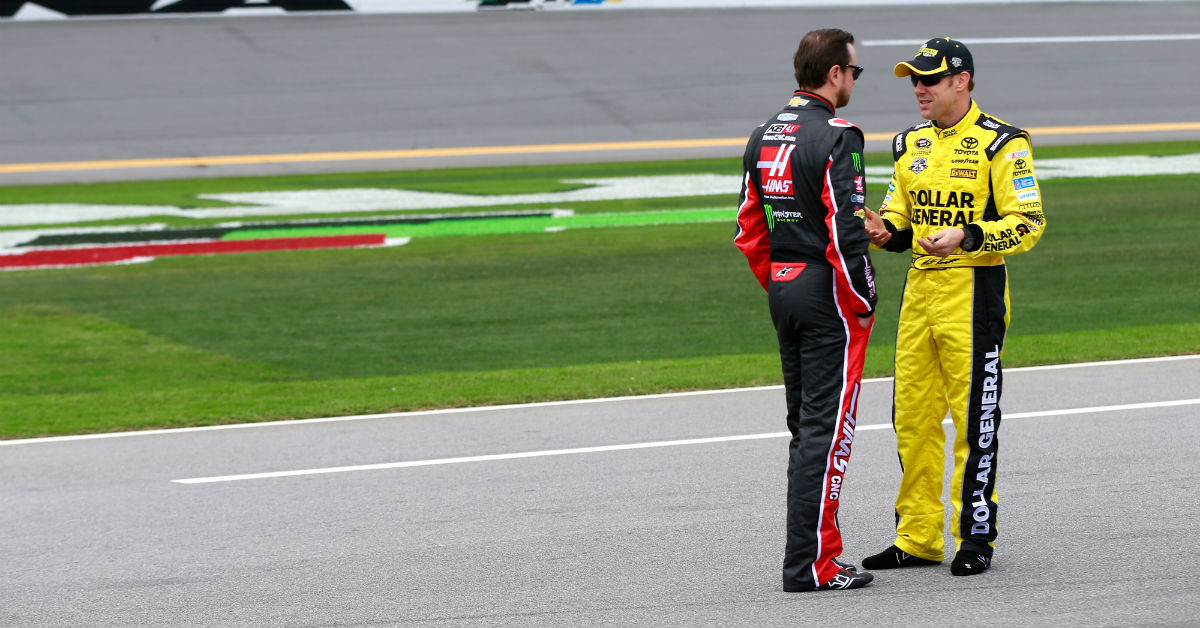 Kurt Busch is on top of the world right now after setting a new lap record at Texas Motor Speedway.

By circling Texas in a time of 26.877 seconds (200.915 mph), Busch can now say he owns the quickest qualifying lap by a stock car that’s ever been documented on a 1.5-mile race track, according to NBC Sports.

When you combine this feat with the fact that Busch won the Daytona 500 earlier this year, one might say it’s been a good year for the 39 year old.

There’s only one problem though: Busch still doesn’t have a contract to race in the Cup Series next year.

Following his recent qualifying effort, during which Busch set a speed record, he offered a short statement is response to a question about his future with Stewart-Haas Racing.

?No updates from me,? Busch said, according to NASCAR.com. ?We?re in negotiations so days like today help quite a bit.?

Kurt Busch said he's still in negotiations for next season and days like today help. #nascar

To provide more context, Stewart-Haas Racing declined to exercise the option in Busch’s contract this past August for him to drive the No. 41 Ford Fusion in 2018. However, that decision was due to sponsorship uncertainty, not Busch’s performance. Since joining Stewart-Hass Racing four years ago, Busch has won five races and qualified for the NASCAR playoffs in all four years.

Both Busch and team founder Gene Haas have hinted they would like to extend their partnership.

?It?s as easy as them giving me an offer,? Busch told USA TODAY Sports.

Gene Haas echoed Busch telling MotorSports.com that he expects Busch back next year.

?I?m 99.9-percent positive he?ll be driving the No. 41 car,? Haas said. ?It?s just an economic deal, where we?re not exactly sure what Monster wants to do. I guess you could say it?s a buyer?s market right now in terms of advertising on a race car.?