Stewart-Haas Racing reportedly set to make major announcement on the future of the No. 41 this week 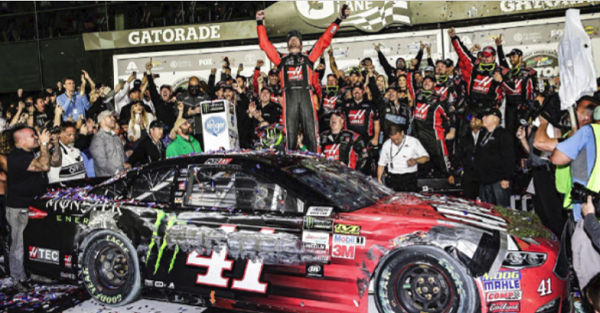 NASCAR’s hottest free agent has reportedly found a home and it’s a familiar one.

Adam Stern, who works for the Sports Business Journal/Sports Business Daily, recently Tweeted that Stewart-Haas Racing will re-sign veteran driver Kurt Busch this week to drive the No. 41 Ford Fusion.

The 2017 season was another solid campaign for the 39-year-old Busch. He won his first Daytona 500, advanced to the NASCAR playoffs, and broke the record for the fastest qualifying lap at a 1.5-mile track when he went 200.915 mph at Texas.

Busch made it clear he wanted to drive for SHR is 2018, but sponsorship negotiations have slowed the process a great deal. There were also rumors that SHR co-owner Tony Stewart wanted Busch wanted to take a pay cut next season.

NBC Sports reported that terms have not been released regarding Busch’s new contract and SHR has declined to comment so far. Busch would re-join a team of veteran drivers at SHR, which includes Clint Boyer, Eric Almirola, and former Cup Series champ Kevin Harvick.

Since joining SHR in 2014, Busch has won five races and earned a spot in the Cup Series playoffs in all four years.