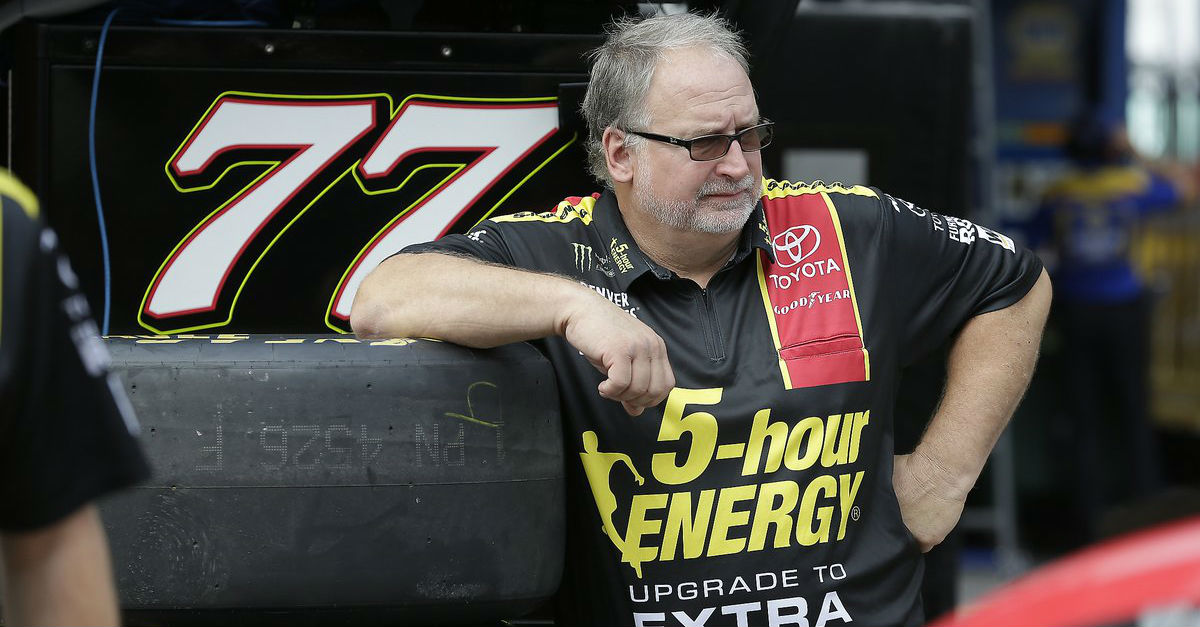 James “Jim” Watson enjoying a Saturday night out at a go-cart racing track with his teammates from Furniture Row Racing when he sent a text message to his wife. He told her how much fun he was having.

That’s the last she heard from him.

Cole Pearn, the FRR crew chief, told NBC Sports he was on the way to the hospital when he got the terrible news,.

?I take a little bit of solace in that he was happy in his last moments,?? Pearn said. He noted the team gathered at the hotel after his death to grieve. ?We just all looked at each other and shed some tears and some hugs,” he said.

Furniture Row Racing made the announcement of Watson’s death on its website.

?On behalf of Furniture Row Racing we extend our deepest sympathies to Jim?s family,? Joe Garone, president of Furniture Row Racing,said in the news release. ?He was an outstanding and talented member of our racing family, whose life was dedicated to racing since his early days as a race-car driver in Wisconsin. Our thoughts and prayers go out to Jim?s wife Laurie, daughter Brittany and to his entire family and friends. Our No. 77 and 78 teams will be racing with heavy hearts today.?

"Our No. 77 and 78 teams will be racing with heavy hearts today."
FRR Crew Member James Watson Passes Away » https://t.co/Sx5VWJYaSp #RIP pic.twitter.com/uLTsHDfY2K

Watson was  a member of Furniture Row Racing since February 2017. Previously, he worked for Roush Fenway Racing (2006-2015) and spent last season with HScott Motorsports. Jim was a longtime race car driver, competing in dirt late models and in asphalt super late models throughout southeast Wisconsin.

He is survived by his wife, Laurie, and daughter Brittany.