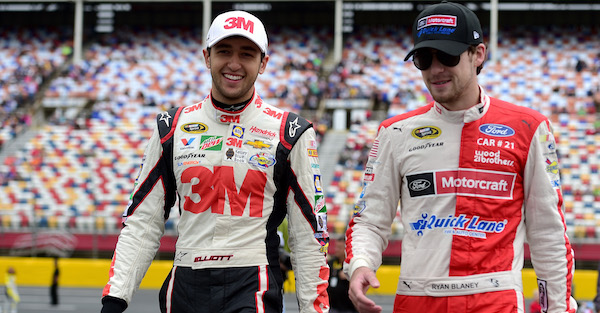 Chase Elliott will have a new look for the 2018 season, and he’ll be looking for his first career victory in his dad’s old number.

Elliott is moving from the No. 24 to the No. 9 for Hendrick Motorsports, and he tested out the new Camaro and the No. 9 at Texas Motor Speedway.

Despite the major change, Elliott said he doesn’t think the No. 9 has magical powers.

“Frankly, I can’t see the outside of the car from the inside,” Elliott said via AutoWeek. “So, you know, at the end of the day is it going to make me go any faster? No, probably not. Do I think it looks better? Yes, I do.

“Is it my favorite number? Yes, it is. Has it always been my favorite number? Yes, it has been. So, all those things are great. I’m very lucky and honored to carry the number that I’ve carried for a number of years before this year, so it’s like getting back home to me from that sense, but no, I don’t think it’s going to make me go any faster or slower. I wish it did make us go faster. I would love that, but unfortunately numbers don’t.”

Related: Here is the definitive sign that Chase Elliott is big time now

Here’s Elliott at TMS in case you missed him debuting the new No. 9.

@chaseelliott took the 2018 #Camaro ZL1 for it’s first time around @TXMotorSpeedway! On how it compares to the production Camaro, he said: "I think that's something to be very proud of from Chevrolet…it's the same car, it looks just like it!" pic.twitter.com/PAeQpcq8FB

.@chaseelliott takes out the new ZL1 Camaro for its on track debut. It’s officially time to #Di9 pic.twitter.com/KXKCOQIS4J

The change to No. 9 might not result in any magical powers, but Elliott will still be among the favorites to contend for the Cup Series title in 2018. It’s likely only a matter of time before Elliott earns his first win, and he came very close on numerous occasions in 2017.

But it will certainly be more special to him to earn his first win in the No. 9. His father, Bill, won the 1988 Cup Series championship in the No. 9, and many believe Chase can follow in his footsteps in the near future.