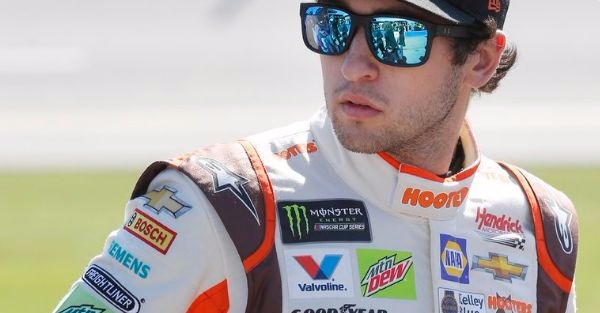 Chase Elliott will be among a limited group of drivers participating in a two-day closed Goodyear tire test at Texas Motor Speedway this week.

It will mark the first formal outing for Elliott in the new No. 9 Chevy Camaro ZL1 for Hendrick Motorsports. It will be the on-track debut for the highly anticipated new car from Chevy, which will be replacing the Chevy SS for this upcoming season, according to NASCAR.com.

Count Jimmie Johnson as one driver excited about the car.

“The new Camaro ZL1 is a great looking race car with a lot of heritage behind it, which will make it a big hit with fans,” Johnson said. “And as someone who?s enjoyed the ZL1 on the street, I?m really looking forward to getting this new race car on the track.”

In addition to Elliott, Martin Truex Jr., Brad Keselowski, and Aric Almirola will also be partaking in the tire test. Last month Keselowski was vocal about the inability of his Ford to keep up with the Toyota and he was voiced his concern about the addition of the new, quicker Camaro ZL1.

If the new Camaro performs the way many anticipate it will, it could spell problems for Toyota and most definitely for Ford — especially with the level of talent set to get behind the wheel of the new Chevy this year. Elliott, Johnson, Kyle Larson, William Byron, Kasey Kahne, and Jamie McMurray are just a few of the drivers looking to make their way to victory lane in the new Camaro ZL1.