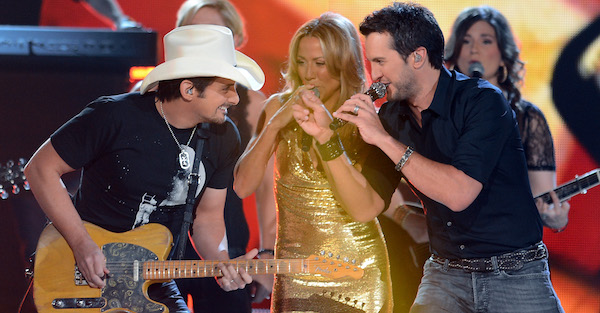 Paisley is playing a show for  those with Cup race tickets, and he is also delivering the command to start engines on Sunday afternoon for the race.

Delivering command to start engines Sunday at Charlotte: Brad Paisley, who is doing a concert Saturday night for those who have Cup race tix

Related: Cup series owner compares one of the NASCAR?s most popular drivers to this controversial figure

Here’s the schedule for the concerts on Saturday:

The race at Charlotte is the first of three races in the Round of 12, and it promises to be a big weekend for drivers and fans.