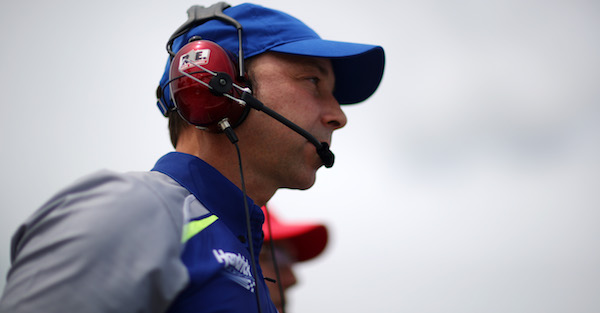 A lot of changes are underway at Hendrick Motorsports for the 2018 season.

William Byron will make his NASCAR Cup Series debut, Alex Bowman will begin his full-time stint behind the wheel of the No. 88 Chevrolet and Chase Elliott will move into the legendary No. 9 car.

In addition, the new Chevrolet Camaro ZL1 will make its on-track premiere at Daytona.

It?s a new era at Hendrick Motorsports. But one duo remains a constant.

Jimmie Johnson and No. 48 team crew chief Chad Knaus return for their 17th season together. They?re determined to return to form in 2018, pursuing a record eighth Cup Series championship after a 2017 season that didn?t live up to their standards.

?I don?t want to say we?ve put it in the past and we?ve forgotten 2017 because I think if you don?t learn from what you?ve experienced in life, you can never improve upon it,? Knaus told SiriusXM NASCAR Radio. ?But we are definitely eyes forward to 2018.?

Knaus and Johnson have embraced the changes entering this season. The crew chief and driver are thrilled about the new Camaro, which Knaus said looks ?fantastic? and ?promising.?

?I think everybody at Hendrick Motorsports has dug in pretty deep during the development of this car to start the season.?

And Johnson is prepared to take on the role of veteran leader with three teammates under the age of 25.

?Jimmie?s ability to get involved and get interactive in the team and be a part of the group and be a motivator and show what it is he?s capable of doing, that?s his strong suit for certain,? the crew chief said.

There are unknowns heading into the Daytona 500. A new car model, new teammates, new car numbers, but Johnson and Knaus remain a staple.

The chance to win a coveted eighth championship in 2018 isn?t at the forefront of Knaus? mind. Rather, he?s driven by the desire to get back on the racetrack week to week and doesn?t look past that. If you ?shoot too far out there, you?re just going to shoot yourself in the foot,? he said.

But if everything sets up right for Johnson, 2018 should be a successful year for the No. 48 team.

?You know Jimmie, man, he?s tenacious,? Knaus said. ?And if he can get what he feels is what he wants underneath him, I don?t think he can be beaten out there.