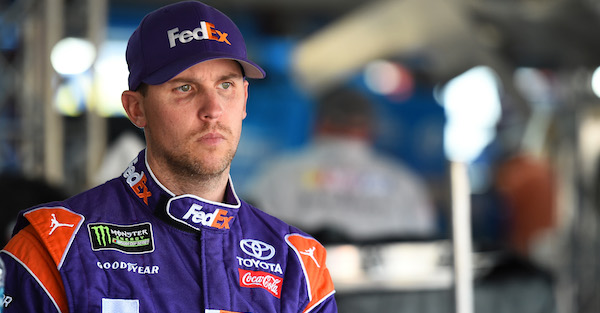 First he infuriated one young driver when he wrecked Chase Elliott at Martinsville, and now he’s done it again — this time to Bubba Wallace.

After Daytona ended, Hamlin put Wallace into the wall on the frontstretch. A clearly perturbed Wallace, in an interview, had this to say:

“I want to see the replay before I say anything stupid but he may need to take some Adderaral for that one.”

That’s a clear reference to Hamlin’s remarks last week on a BarStool Sports podcast that 70 percent of NASCAR drivers were taking Adderall or some other ADD-type drug. Hamlin later backtracked and said he was joking.

Hamlin said he blew a tire and that’s why he ran into Wallace, according to Racermag.

This is already shaping up to be one hell of a season.