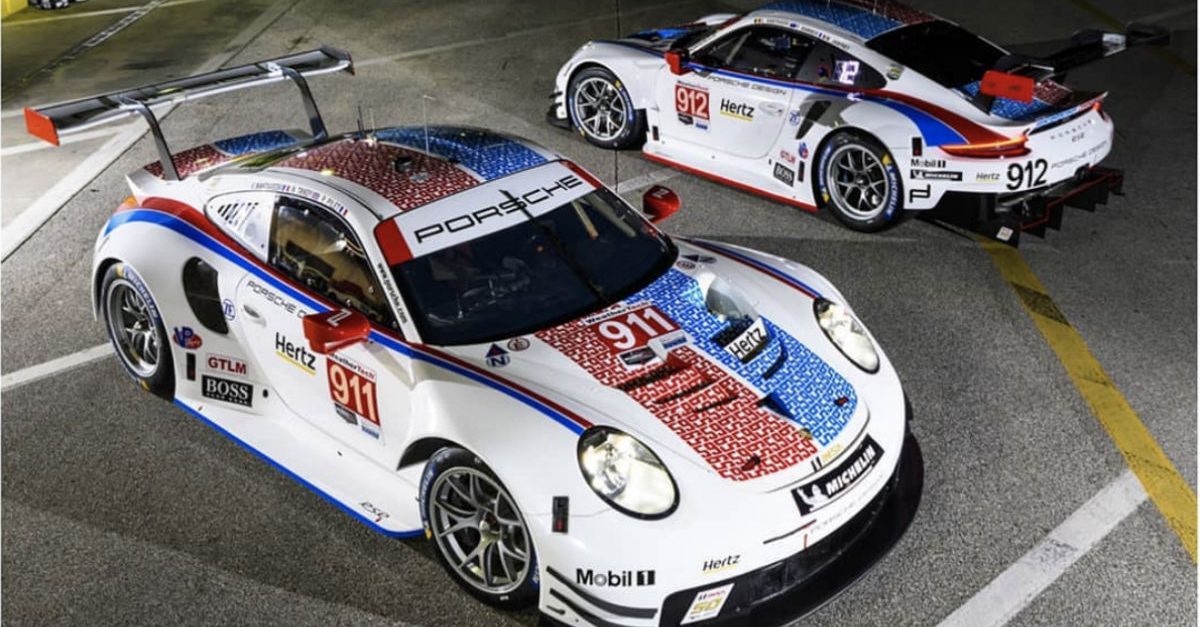 It’s been six years since Brumos Racing last took the track, but Porsche is reviving the iconic white, red, and blue livery for its upcoming endurance races in Florida this year. Ahead of this weekend’s Rolex 24 at Daytona, Porsche has unveiled a gorgeous throwback livery for its factory 911 RSR racecars.

Brumos Racing was established in 1971, and with the exception of early orange and yellow race cars, the familiar white paint job with red and blue stripes that run down the center of the car and along the sides has been used for almost the entire history of the team. As an interesting twist on this paint scheme, the factory Porsche racecars cleverly incorporate the Brumos No. 59 into the hood stripes. While the Brumos name doesn’t appear anywhere on these cars, the paint scheme is unmistakable, and it looks just as good as it did in 1973 when Brumos won its first 24 Hours of Daytona.

In this age of multi-car, multi-million-dollar racing teams, it’s hard to think that a small car dealership in Jacksonville, Florida helped create a successful endurance racing team that has left a legacy not only with its racing livery, but also the winningest endurance racer ever, Hurley Haywood. Through the years, these colors have graced numerous Porsches (both GT class and Daytona Prototypes) and have taken many checkered flags. The most recent accomplishment was the IMSA Grand-Am GT Championship in 2011 with Andrew Davis and Leh Keen behind the wheel of a Porsche 911 GT3.

The last time Brumos fielded a car was at the 2013 Road Atlanta race, but Dempsey/Wright Motorsports brought the colors back in 2015 for a partnership with Brumos. Later that year, Brumos Porsche was sold to Field Automotive to become Porsche Jacksonville. In addition to the Rolex 24 at Daytona, Porsche will run this livery in May at the 12 Hours of Sebring race. Further cementing this paint scheme as one of the all-time best in sports car racing history, it will also be the third historic livery Porsche has run in the last six months after the Rothman and Pink Pig paint schemes were used at last year’s 24 Hours of Le Mans.