Another playoff spot is clinched with a brilliant restart in overtime 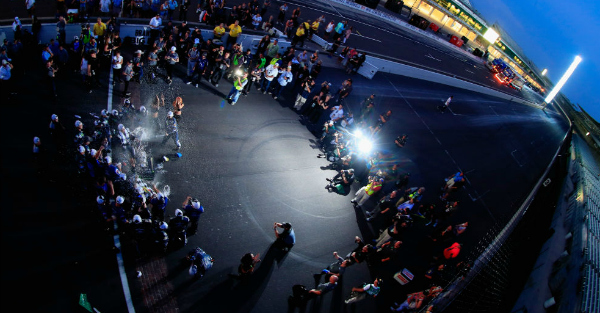 After a rain delay and intertwined with anticlimactic late race cautions, Kasey Kahne used a brilliant restart in the second overtime of the Brickyard 400 to claim victory and a spot in the playoffs.

Entering the race, Kahne hadn’t won a race since the 2014 season. Kahne ended his streak without a victory at Indianapolis Motor Speedway in a crash-filled race where numerous drivers wrecked out.

Related: This is the latest obsession for several NASCAR drivers

Kahne won the race in overtime, and he likely clinched a playoff spot with the win. He is 20th in the points, so he will qualify for the postseason as long as he stays in the top 30.

After the race, Kahne said it was an “unbelievable win” for him and his team Indianapolis Motor Speedway according to ESPN.

“To win at this track is unreal,” Kahne said. We used to always be really close. We lost to Jeff (Gordon) and we lost to Tony (Stewart); just some fast cars back then.

“Today, strategy got us here. This Farmers Insurance Chevrolet was great once I got out front. I just had to get there. I’m exhausted. But, an unbelievable win. The team just kept working. We had great pit stops.”

Kahne will look to win his second race in a row next week at Pocono Raceway.