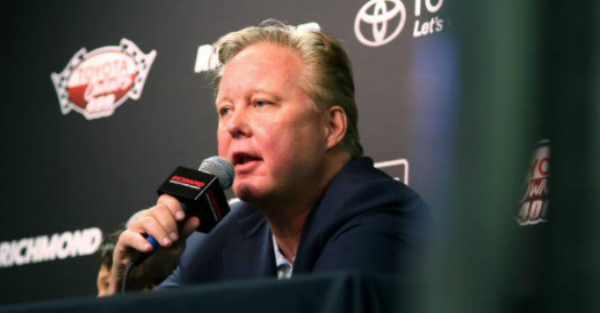 Monster Energy is getting ready to enter its second season as the NASCAR Cup Series sponsor, and Chairman Brian France is optimistic the company will be around a little while longer.

Monster is in the second year of a two-year contract. The company has an option to renew for 2019 and 2020 but is taking time to think about it before they commit to an extension. The initial timeline to renew by was the end of last year, but NASCAR granted Monster ab extension, until the spring to make their decision.

RELATED: Analyst projects NASCAR is about to get some amazing sponsorship news

In a recent interview on SiriusXM NASCAR Radio, France shared that he has a good feeling about the continued partnership between NASCAR and Monster Energy, according to NBC Sports.

“They have had a really good run with us, and we?ve had a good run with them, and my hope and feeling is that that?s going to continue,” France said. “They?ve got a lot on their plate and so do we.”

“We?re working with them to make sure that we have as long an agreement as we can,” France added. “I think it?s working that good for everybody, I?m real pleased with it.”

When asked more about details of a timeline for a decision from Monster, France had no definitive date in mind, but simply just praised their sponsor and expressed that he understands what goes into this type of decision.

“There?s always that, but we just look at our partners differently,” France said. “They?ve only been here, my goodness, just completed the first year.”

“They?re working out some things and that?s understandable,” France added. “It?s all good, actually really good with those guys — Love those guys.”