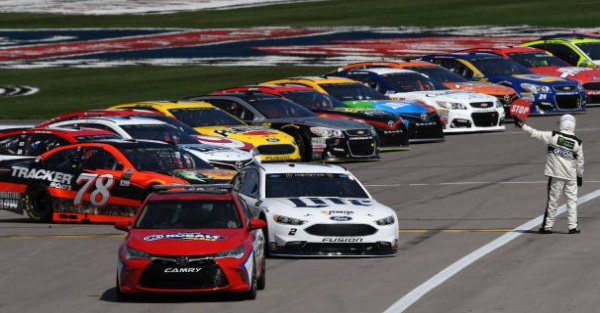 NASCAR has been running the Cup Series with only three manufacturers since Dodge walked away from the sport after the 2012 season, but there could be another manufacturer on the way in the near future.

Brian France, during an interview with SiriusXM NASCAR radio, was asked about another manufacturer(s) joining Chevrolet, Ford, and Toyota in the Cup Series. He said he felt there was room for one more to join in on the action, according to NBC Sports.

“There?s a lot of work going on on that,” France said. “Clearly we believe that the sport could not only absorb but welcome another manufacturer.”

“I believe over time we?re the best opportunity not only in North America, maybe the world in terms of motorsports,” France added. “We?re going to be aggressive in talking to other manufacturers as we go down the road.”

When asked why NASCAR was only considering adding one new manufacturer instead of multiple ones, France said it’s because he thinks there is a limit.

“There?s only so many key teams that a manufacturer can get their hands on and that takes time,” France said. “Most importantly, they want to align themselves to the right teams and sometimes the teams aren?t available to do that.”

“Using the Toyota approach that they had, that took them a long time to be competitive,” added France. “I think the next manufacturer would probably like to shorten that timeline a little bit and be more competitive quicker. We will get another manufacturer, but it?s one step at a time.”

RELATED: NASCAR President talks changes in stage racing, a major sponsor and happiness with the product