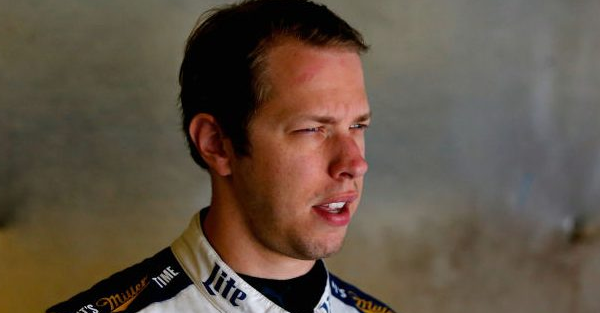 Brad Keselowski should be happy. He and his No. 2 Ford won the pole at Michigan (which runs 3 p.m. Sunday) and his Penske teammate in the No. 22 Ford, Joey Logano, came in second. Kevin Harvick took third position, and the Stewart-Haas driver has become part of the story.

That’s because Harvick drives the No. 4 Ford Fusiom, and that’s what for Keselowski. Toyota cars have won the last five pole positions in the Monster Energy Series, and Kes found it out that they all of a sudden finished out of the top three at Michigan.

So he, in essence, accused Toyota of sandbagging and not trying its best.

Here’s what he said, as reported by NASCAR.com:

About this time every year NASCAR takes all the cars to kind of check to make sure that the competitive balance is where they want it to be, and I think we?ve seen the last two or three weeks that the Toyota cars are pretty dominant. We had a strong suspicion that those guys would kind of tune it down this weekend, so not to post a pretty big number in inspection that maybe balanced back out the competition, and potentially that?s right because our team hasn?t done much differently and those guys are just not as fast as they?ve been the last few weeks.

So we?ll know for certain at the end of the week based on whether NASCAR takes the cars after the race today.

Accusing any athlete or team of intentionally dialing back their effort is one of the biggest insults one competitor can level against another, and this sure will not sit well with Toyota drivers.