In pointed comments, Keselowski says some drivers are letting NASCAR down 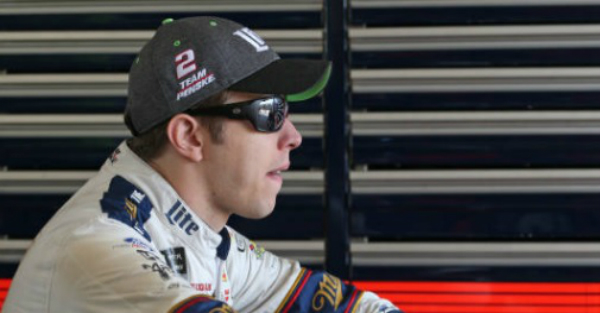 Brad Keselowski realizes the drivers that came before him paved the way for today’s drivers to prosper from the sport’s popularity.

While he does his part in paving the way for future generations, he also points out that not enough of today’s drivers are doing their part to ensure future generations have it as good as they do now, according to motorsport.com.

?The reality is that what I do today to promote the sport most likely makes very little difference in this time span and this era,” Keselowski said. “What we all do to promote our sport makes a huge difference for decades beyond that and I believe that.”

With that being said, he eludes to the problem of a lack of effort from some current drivers to do what his predecessors such as Richard Petty, Dale Earnhardt Sr., Darrell Waltrip, and others have done.

“I am living off of what they have created in this sport that is so successful,” Keselowski said. “In return for that, there is a question I think that isn?t just for me and not just for race car drivers but for all of us on what we are leaving behind for the next generation.”

“There are definitely not enough on board and it is not a predominant line of thinking,” Keselowski added. “Credit to those that are actively engaged in doing it because I think it is great that they are, but I absolutely wish there were more that cared about the future generations? opportunities in this sport.”

In recent years some of the sport’s biggest stars have walked away such as Tony Stewart, Carl Edwards, Matt Kenseth, and Dale Earnhardt Jr. There is no doubt the void left by some of these stars will be a tough task to fill, but if everyone did their part like Kes, the future of NASCAR would be brighter than ever.

“I am trying the best I know how, Dale and Richard and all those guys left a hell of a legacy that I am not so sure any of us will be able to fulfill for the next generation,” Keselowski said. “But I do feel an obligation to replant the seeds to grow the next orchard that the next generation will eat off of.”