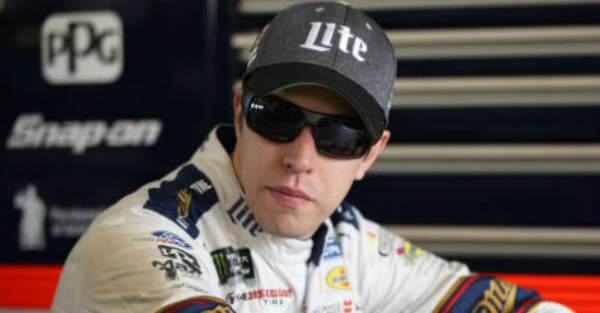 Brad Keselowski has had quite the distinguished NASCAR career in each of the sport’s top three series.

But there are two things that are missing from the illustrious career of the 33-year-old former Cup Series and Xfinity Series champion — a win in the Daytona 500 and a win at Michigan International Speedway in his home state, according to the Detroit Free Press.

Keselowski grew up a a fan of NASCAR legend Dale Earnhardt Sr., and it took him 20 years to finally win the coveted Daytona 500. Keselowski is hoping that it doesn’t take him as long to win the one that has eluded him thus far.

While Keselowski has won a race at Daytona International Speedway, he has yet to take the checkered flag at the season opener in eight tries. He does have two top-5 finishes, but would really love to be able to join the list of Daytona 500 winners.

“Hopefully it won?t take me 20 years,” Keselowski said. “Hopefully we can push through this year.”

Keselowski was born just over 40 miles from MIS, a track where he has four top-5 finishes, one being a second place finish in 2012 when he won the Cup Series championship. and to win at the track would truly be something special to him.

“It is certainly on my list as well as to win here locally in Michigan,” Keselowski said. “We have led a lot of laps, qualified up front and been in position to win, it just hasn?t come together.”

Hopefully 2018 will be the year Keselowski can shake these monkeys off his back. The Daytona 500 is right around the corner, then he’ll have two shots at Michigan.

“We have won at so many other places and won championships, but those two haven?t come together,” Keselowski said.