Brad Keselowski made a reasoned comment, and he feels the reaction to it has been ‘strange’ 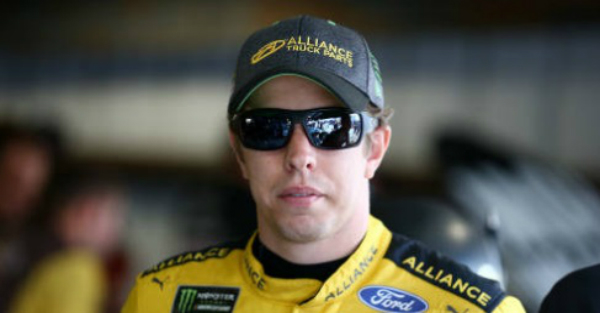 When asked what, if anything, he would change about NASCAR, Brad Keselowski commented with a perfectly reasonable reply.

In the 24 hours since Keselowski said he would want the leader of the sport be at the racetrack every weekend, social media went berserk.

RELATED: In pointed comments, Keselowski says some drivers are letting NASCAR down

NASCAR writer Jeff Gluck originally tweeted out Keselowski’s response and it was met with tons of support from the NASCAR fan base.

Brad @keselowski, asked what he’d change about NASCAR: If I could change one thing, it would be that the leader of the sport be at the racetrack every weekend.

It’s no secret that Brian France, the CEO and chairman of NASCAR is often absent from events and people have voiced their displeasure with his handling of the organization. But the replies on Twitter in response to Kes’s comment have brought the critics out from far and wide.

They Asked and He Spoke!! I like this guy more all the time!! #SpeakTheTruth #HonestAnswer #NASCAR

Man has a point

BOOM! Can't argue with that. Either show up, or retire BRIAN.

Say what you want about Brad…in this case he's spot on! Thanks Champ!

Keselowski tweeted that he’s seen some negative feedback from the quote, but from what we’ve found on social media it’s been met with an overwhelming amount of support.

I don't get it. The races are the showcases of the product. It's entertainment, a production. It's abhorrent that France isn't there and hands on in how the product is presented.

Brian France needs to hire a hands on President. He is not the answer.

He must attend more to work with other leaders for ideas on how to grow the sport. I didnt see a personal attack or dig on the sport. Only a driver that cares about the future. Props to you for speaking the truth

Brad, the reason it got the attention, quite honestly, is because you had a valid point. This isn't a phone-it-in-from-the-couch job.

It’s uncertain as to what was so strange about the comment, but maybe it hit home because Keselowski said something that others wanted to, but didn’t.