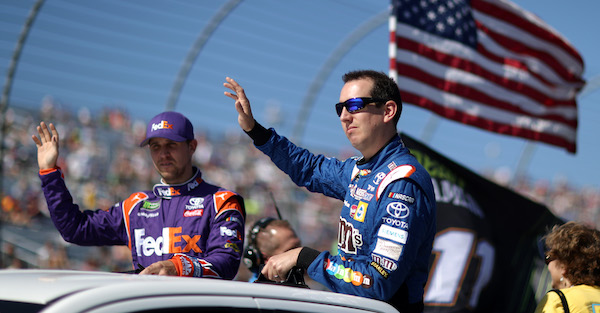 According to Vegas bookmakers, the favorite to win the Daytona 500 is a driver who has never won the most prestigious race in the sport.

Hamlin, Logano and Harvick all have wins at the Daytona 500. The rest of the favorites do not, but Keselowski does have six wins at restrictor plate races.

Related: Kyle Larson admits something that was obvious during The Clash at Daytona

If you think Danica Patrick will win her first career Cup Series race in her last career appearance, a $100 bet would win you $8,000.

Forbes reported that wagering in NASCAR has been down in recent years, but the Daytona 500 almost always has the most the most action from bettors.