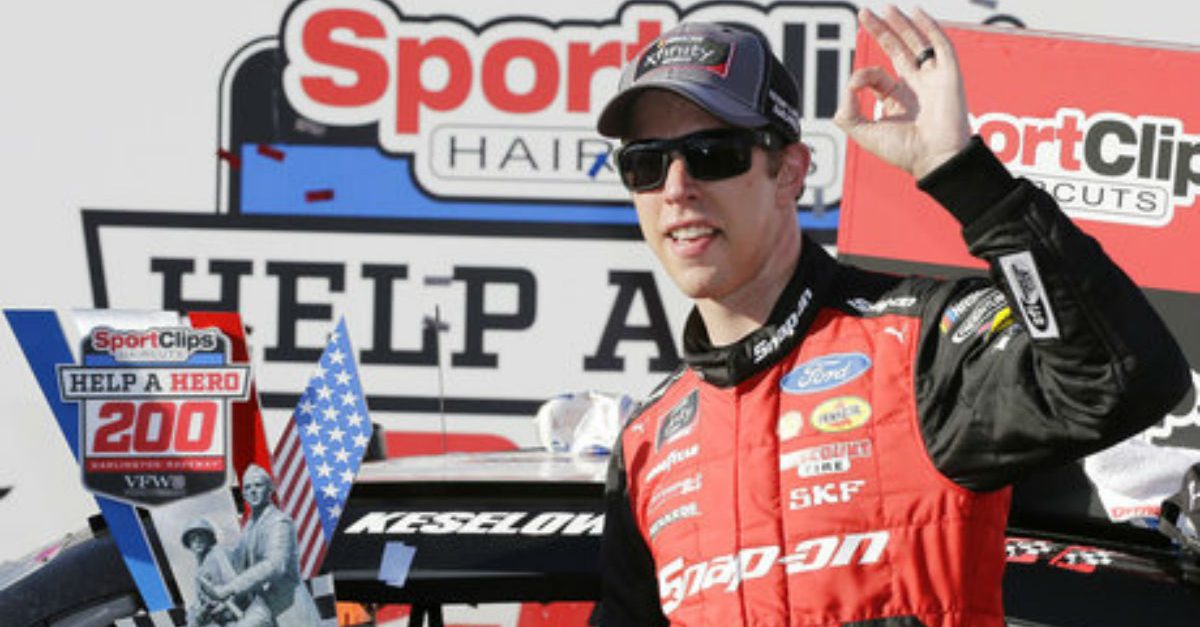 Keselowski came out on top in the Xfinity race here Saturday after leaders Ross Chastain and Kevin Harvick wrecked 37 laps from the end in an incident where the 2014 NASCAR champion drove into Chastain’s pit stall to complain and then pointedly said his 25-year-old colleague was too inexperienced and reckless to drive at this level.

Keselowski easily got around the wreck and could not be caught as he led the final 35 laps. Cole Custer was second and Tyler Reddick was third. Denny Hamlin, who was the race’s defending champion and won the pole for Sunday night’s Southern 500, was fourth.

We had a really great Snap-On Ford Mustang. I drove five races this year and we’ve won three of them. That’s pretty darn good and I’m really proud of that. That’s such a testament to this team. This win means a lot to me. Darlington has been a track where I started my career very well with the Cup car and had some great runs, and then the last half-dozen races I think I’ve ran here have gone quite awful. I’m trying to figure out why that is and running this race certainly helps. It gives me a lot of confidence and direction to know what to work on to be better.

Read More: Kevin Harvick Net Worth: A Look at One of NASCAR?s Highest-Paid Drivers

“This is such a huge confidence booster,” Keselowski said.

Keselowski had a second and two thirds in 15 combined Xfinity and Monster Energy NASCAR Cup Series races at Darlington.

Keselowski saw the two leaders tangle, went low and got through.

Brad @Keselowski loves America, and got to celebrate with the flag after a win at @TooToughToTame. #NASCAR pic.twitter.com/EXey24b2C2

“You could see it coming,” Keselowski said. “I’m just glad we came out on top.”

Keselowski had passed Chastain with 44 laps to go, but Chastain quickly regained the lead and stayed there until the decisive wreck.

Chastain and Harvick were side by side in passing a lapped car 110 laps in when it appeared Harvick forced Chastain briefly into the wall. As Chastain moved down the track, he clipped Harvick’s rear and sent him spinning up the track. An angry Harvick went into the pits, stopping at Chastain’s stall to yell at his crew before moving behind the wall and out of the race.

"Probably the reason he'll never get to drive (many fast cars) again."@KevinHarvick was not happy with the way he was raced by Ross Chastain, who's running his first race with Chip Ganassi Racing. #XfinitySeries pic.twitter.com/qZMLyOKf09

Harvick said the incident was caused by a “really inexperienced guy in a really fast car. Made a really bad move and then wrecked me.”

Harvick continued, saying that moves like that are why the 25-year-old Chastain will “never get the chance to drive many (races) again.”

Chastain said he’ll examine tape of the wreck and if he was at fault, he’ll learn from it. He was not sure when or if he’d speak to Harvick, one of NASCAR’s most dominant and fiery personalities. “If I made a mistake, it’s on me,” said Chastain, who won the pole and the first two of three stages in the race. “Being the leader there, I was just trying to race.”

Ross Chastain shared his thoughts on what happened between him and Kevin Harvick, that ultimately cost both of them a shot at the win. #NASCAR pic.twitter.com/x5cudjP80c

Harvick and Chastain will see each other again Sunday in the Southern 500. Harvick is starting 22nd and Chastain 33rd.

Keselowski will start 13th in Sunday’s race, filled with a bit more enthusiasm and belief after the win.

“The half-dozen races I’ve run here have gone quite awful,” Keselowski said. “I’ve tried to figure out why that is and running this race certainly helps. It gives me confidence and direction to know what to work on.”

Read More: Race Weekend at Darlington Will Be Chock-Full of Iconic Throwbacks