After giving his former team a great Christmas gift, Kes gets one himself 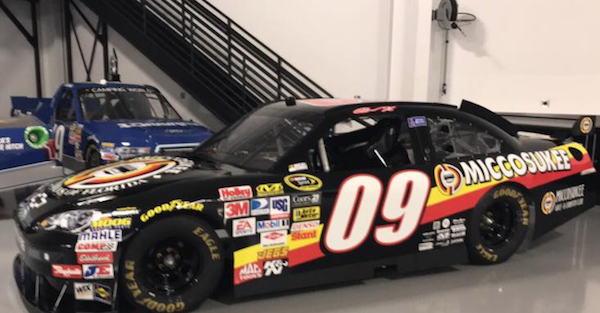 After Brad Keselowski Racing closed up shop following the 2017 season, Keselowski decided to give his two drivers incredible going away presents.

Kes gave Austin Cindric and Chase Briscoe their F-150s from their debut wins in the Truck Series, and now the team has returned the favor for Keselowski.

The crew at Brad Keselowski Racing worked on the No. 09 car that Kes won in at Talladega for his first career Cup Series victory in 2009, and they presented him with the car on Wednesday.

Finally, the @TeamBKR crew surprised @Keselowski with something VERY special: The No. 09 car that Brad drove to his first @NASCAR Cup Series win at @TalladegaSuperS. Lots of work put in by our fab shop, shop crew and decal specialist to make it just like new! pic.twitter.com/hZDDXzKtHa

Here are the trucks Keselowski gave Briscoe and Cindric.

Today @AustinCindric and @ChaseBriscoe5 both received their first win trucks from @CTMPOfficial and @HomesteadMiami during a final team lunch at BKR.

See the full video on our Facebook page! pic.twitter.com/WyH526Ftwn

It’s very cool to see how Kes treated his drivers and how his crew at BKR treated him. The team didn’t have the funding to survive another season, but there’s a chance Keselowski could own a Cup Series team in the future.