Driver says losing his ride is like going through a divorce 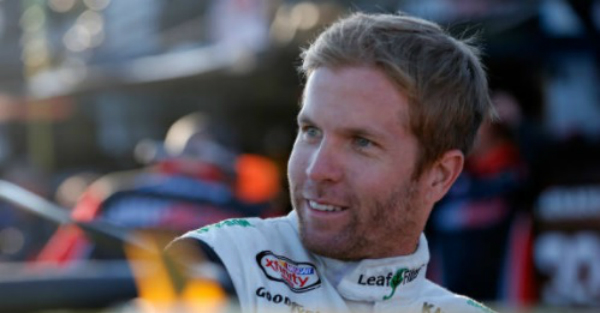 After losing his ride to Ryan Truex a few weeks ago, Blake Koch is not letting that keep him from working towards another ride.

Koch drove for the past three seasons for Kaulig Racing, with owner Matt Kaulig’s company LeafFilter as the primary sponsor. For the first time in over three years Koch will be looking for a sponsor as well as a ride.

RELATED: The driver who lost his ride to Ryan Truex is all class as he says goodbye to his team

In the short time following the announcement of his departure from Kaulig, Koch said the he would continue to be himself and wouldn’t let the bad news bring him down. He also reached out to some of his fans via Facebook Live and a few personal phone calls. then it was time to get back to work.

“That first week, I made more phone calls and sent more emails than I have in my entire life,” Koch said in an interview with NASCAR reporter Jeff Gluck on his site, jeffgluck.com. “I didn?t want to sit at home and pout or feel bad for myself, even for five seconds.”

In addition to looking for sponsors and car to drive, Koch has also had to re-take control over his website and other various online accounts, which was something he didn’t need to do while with LeafFilter.

“I?ve never gone through a divorce, but it almost feels like going through one,” Koch said. “There?s just a lot of stuff to deal with.”

Koch has made it to the playoffs in NASCAR’s Xfinity Series each of the past two seasons despite being an underdog. Now he has to convince a team to take a chance on him so he can continue to do what he loves.

He said the sponsor search is hard and it’s forced him to think outside the box. But Koch is still confident that he’ll be able to pull something off. Maybe not a full-time ride, but something.

“What?s happened in the past has made me strong enough and tested my faith enough that when I?m put in this position, I handle it a little better,” Koch said. “Fortunately, I have a much better resume now than I did before. I?m more motivated than ever to succeed and work and keep pushing.”