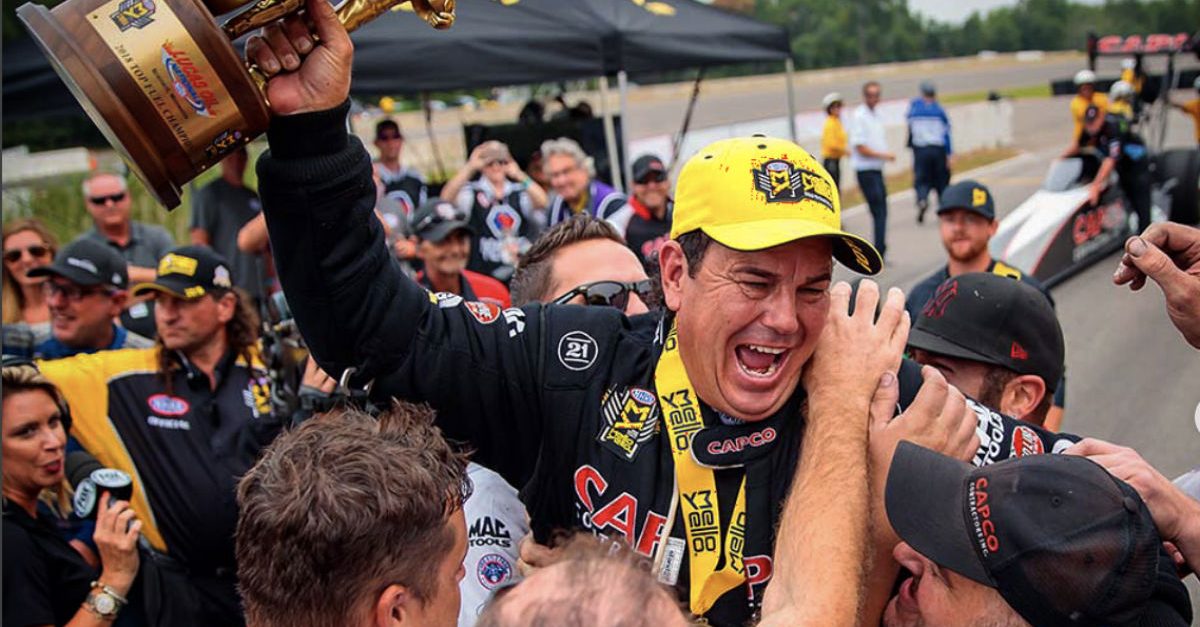 Torrence, the father of Top Fuel points leader Steve Torrence, beat three-time season champion Antron Brown on a holeshot in the final round, finishing in 3.756 seconds at 329.99 mph. Torrence won in his 27th start in the division.

How 'bout them CAPCO boys?!

Read More: Racing World Mourns the Loss of a Legend

“To come out here and be able to win an event, and give back something to those guys who give me a good operation when I come out, that’s just a blessing,” said Torrence, from Kilgore, Texas. “At this level, there’s pressure on everyone to win. I just wanted to win and Antron is a tremendous racer, and you just have to be on your game.”

It was super cool to see 60 year old Billy Torrence pick up his first career top fuel victory yesterday in Brainerd. He was a little shocked at first but once the crew arrived at the top end of the track things got fun which provided tons of fun. photos. Now a day later comes the downside of a client winning, having to edit all the post race winners circle photos! #teamphotographerproblems #thatpoorpitscooter 😱

Beckman raced to his second victory of the season and 28th of his career, beating Tommy Johnson Jr. with a 3.961 at 325.69 in a Dodge Charger.

Kramer topped Tanner Gray with a 6.652 at 207.56 in a Chevrolet Camaro for his second career win. Krawiec won for the fourth time this season and 48th overall, edging Andrew Hines with a 6.897 at 195.14 on a Harley-Davidson.