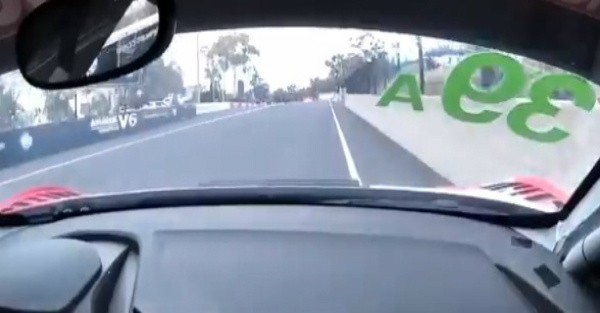 It’s only February, and not much racing has taken place yet, but this save in the WRT W Raing Team No. 39 Audi is one for the ages.

The save happened during the Bathurst 12 Hours race last week and what driver Will Davison pulled off was nothing short of a miracle.

RELATED: The race at Daytona this weekend will make history

Going more than 120 mph, he lost control and did a 720-degree spin that landed him back in the exact direction in which he started. And while the mishap took place in practice there were no cameras rolling, according to carthrottle.com, but his dashcam footage is more than enough to get the point across.

Davison and his teammates ended up finishing in 14th place in the race, but the obvious highlight of his weekend was the crash that never was. Thanks to his dashcam, we got to share in the excitement.