The race at Daytona this weekend will make history 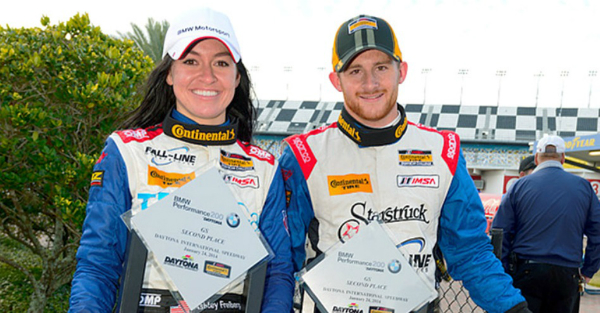 The 2018 Daytona International Speedway racing season kicks off this weekend with the Rolex 24.

The race has featured a male dominated field, but Ashley Freiburg, Gosia Rdest, and Audi are looking to change that as they will be enter an all-female team driving the Audi R8 LMS GT4 in the 24 Hours of Daytona.

RELATED: Daytona winner gives the do?s and dont?s of racing the superspeedway

Freiburg was the first female to win the North American GT3 Cup in 2013, and 24-year-old Rdest previously competed in the Audi Sport TT Cup, according to The Drive.

The GT4 they’ll be driving is modeled after the GT3. Audi has 13 cars entered in the weekend’s races including two GT3’s, four GT4’s, and seven TCR’s.

This won’t be Audi’s first time running female drivers. In the 1980’s Michelle Mouton raced for the team and last year Rahel Frey raced at Nurburgring as part of the Audi Sport Team Phoenix.