NASCAR team finalizes its driver lineup, and it’s a mix of the old and new 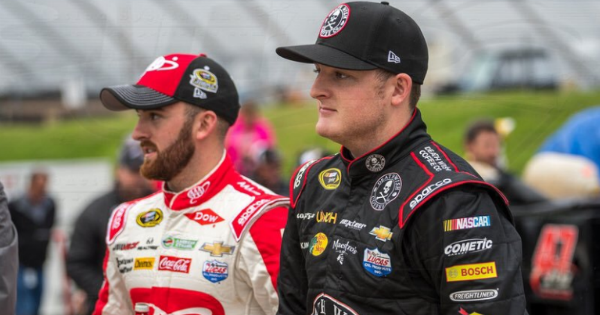 Richard Childress Racing has announced that the No. 3 Chevrolet SS for the Xfinity series team will feature a multi-driver format that has a mix of old and new — and all-around talent that will keep the team competitive all season.

Austin and Ty Dillon will be in the rotation of drivers for the No. 3 Chevrolet for the 2018 season. Austin Dillon is no stranger to the XFINITY Series, earning the Series championship in 2013. The eldest Dillon brother has 17 career poles awards, eight wins, 62 top-five and 99 top-10 finishes in the Series throughout his racing career. Ty Dillon, also a Series veteran, has collected four poles, 32 top-five and 86 top-10 finishes. He won at the famed Indianapolis Motor Speedway in 2014.

Shane Lee, a 24-year-old native of Newton, North Carolina, will share seat time as he makes his XFINITY Series debut this season. In 2017, Lee completed his first season of full-time competition in the ARCA Racing Series and placed third in the driver championship point standings. He also has three NASCAR Camping World Truck Series (NCWTS) starts under his belt.

Jeb Burton, son of former Cup Series driver and Daytona 500 champion Ward Burton, will also climb into the Camaro SS for select races. Burton has a 2013 NCWTS win on his resume along with seven top-five and 19 top-10 finishes in the XFINITY Series. He is the nephew of former RCR driver Jeff Burton and has also logged laps in both NXS and MENCS competition.

The 2018 season will also see the return of veteran driver Brendan Gaughan, marking his seventh year of competition with RCR.

After scaling back from full-time competition at the end of 2017, Gaughan will return to race at two of his favorite race tracks, Mid-Ohio Sports Car Course on August 11th and Elkhart Lake’s Road America on August 25th.

Throughout his NXS career, Gaughan has earned two top-10 finishes at Mid-Ohio and has scored a win and four top-five finishes at Road America.

The multi-driver Chevrolet Camaro SS will compete in all 33 races of the series season. Veteran crew chief Nick Harrison will lead the team from atop the pit box.