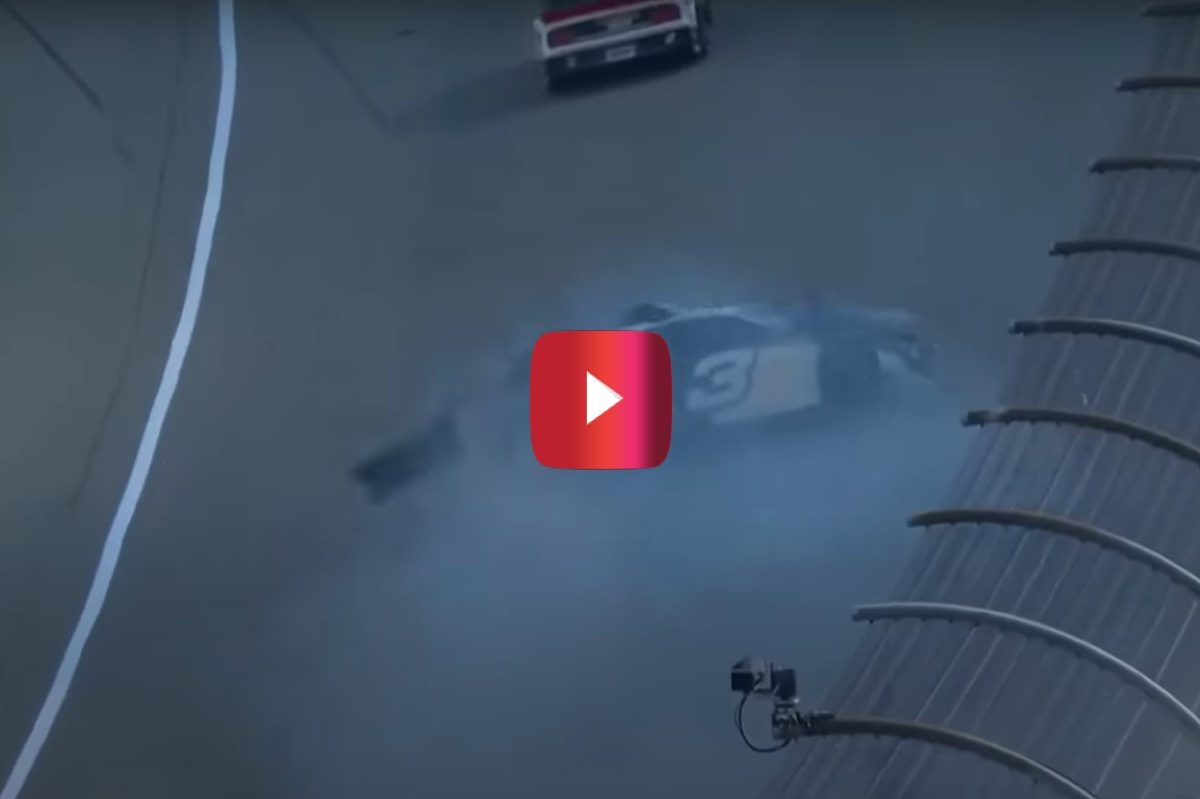 Austin Dillon is going to have to do some serious work if he hopes to make it into NASCAR Cup Series playoff contention, especially after crashing out of the FireKeepers Casino 400 at Michigan International Speedway.

After crossing the start-finish line in sixth place at the end of Stage 2 in Sunday’s race, Dillon made contact with Brad Keselowski’s No. 2 Team Penske Ford, sending Dillon’s No. 3 Richard Childress Racing car hard into the outside retaining wall.

“My bad, guys,” apologized Dillon over his team’s radio following the crash, while RCR owner Richard Childress took a much more vengeful tone. “Hit [Keselowski] on purpose,” Childress replied to Dillon. “I’m an old man, but I’d kick his ass.”

Keselowski was quick to apologize for his part in the wreck over his own team’s radio, saying, “Oh man, I didn’t want to do that. Oh! I didn’t want to wreck him! Just hold him down. Man, I’m sorry about that.”

After being checked out and released from the infield care center, Dillon broke down his side of the Michigan incident to reporters.

“I was starting to come up off the apron because it’s so rough down there,” Dillon said. “But I figured by that point, he would have given me a little room. I hate it. I’m thankful that the good Lord kept me safe today. That was a heck of a wreck, but I feel fine. I hate it for (sponsor) BREZTRI and my guys, most of all. They built a rocket ship. They really wanted this one, and I did, too. Just working our tails off right there. I think we would have had a shot to do something there at the end with our race car. It’s the best race car we’ve brought to the track at RCR this year, I feel like.”

“It’s just a bummer but we’ve got Daytona left and I just hate it. I don?t know why it happened, really. I thought I had a little room to come up and he just held me down there a little bit too long, I guess.”

If past performances at Daytona are any indicator — Dillon won the 2018 Daytona 500 and placed third in this year’s content — Austin’s chances are certainly promising.