Aric Almirola finally speaks out on his awful crash 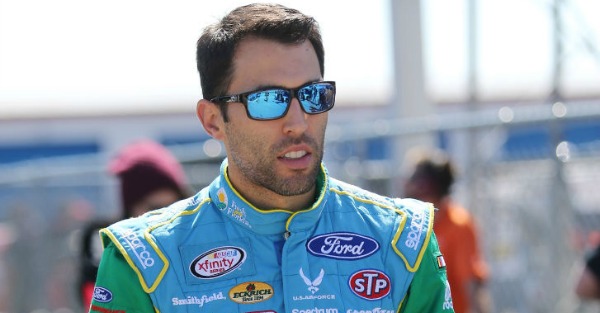 Jerry Markland / Stringer
during qualifying for the NASCAR XFINITY Series Sparks Energy 300 at Talladega Superspeedway on May 6, 2017 in Talladega, Alabama.

Aric Almirola was in a horrific three-car wreck at the Kansas Motor Speedway, broke his back in the crash, according to several media reports. We’ve seen the crash countless times and even heard the in car audio, but looking back, Almirola himself is still surprised at what he sees.

Aric Almirola suffered a compression fracture to his T5 vertebra after this multi-car accident at Kansas Speedway Saturday night. pic.twitter.com/bY6lkWjFVR

After re-watching the crash, Aric siad in his press conference, “The thing I was most amazed with was how high my car got off the ground.?

He added that he thought he hit water and oil from the wreck in front of him that prevented him from being able to steer or brake to lessen the impact. According to NASCAR.com, Almirola cannot pick up anything over five pounds, including his three and four year old children, by doctors orders.

After remembering his previous crashes throughout his career he decided,

“that one Saturday was by far the most violent.”

The recovery is relatively straight forward as the doctors just told him he needs to take it easy and it should slowly heal itself. But still, 8-12 weeks is a long time for a racer to be away from the sport he loves.