Everything You Need to Know About Ape Racing 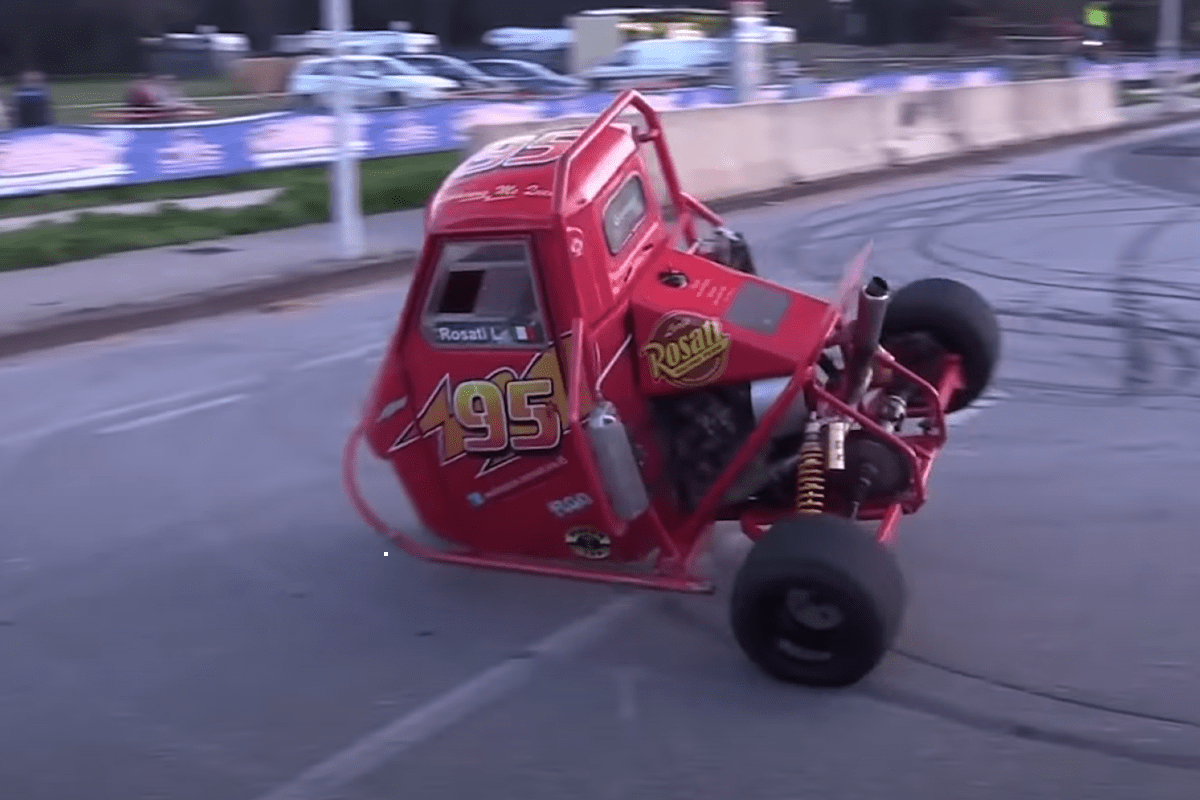 If you have clicked on this article because you thought it was going to be about monkeys in race cars, you are going to be disappointed. Now, to be fair, there are hominids driving the ape, but generally the human kind.

Before you get too upset, please keep in mind that there is racing in this article. There’s danger and drifting and specialized equipment. It’s dangerous and exhilarating and very European, and you should definitely try it. Read on.

What Is an Ape and Where Do I Get One?

The word is “ape,” pronounced “ah-pay,” and it’s Italian for “bee.” The ape is an enclosed Vespa scooter, which is actually a handy tool for workers in many industries across Italy. Think of a Gator (again, not the animal) with one seat, three wheels, and a cargo bed designed for the task at hand, whether gathering grapes at the vineyard or running deliveries down narrow city alleyways.

Both the ape and the Vespa are produced by a company called Piaggio, which has produced the mighty commercial vehicle since 1948. Why these haven’t caught on in the States is truly mind-boggling, especially since they can do really cool things. Just like any other type of commercial vehicle, various models and trims are offered, some of which are equipped to handle cargo loads up to 1,775 pounds, or handle the demands of off-roading around the Italian countryside.

Others still are equipped for the wild motorsport of ape racing.

Generally speaking, ape racing occurs on go-kart tracks, but not always. Racing through drift tracks, snow, or dirt rallies and hill climbs are all within the realm of the ape racer.

Remember, the ape is a scooter, which means it has handlebars instead of a steering wheel. The clutch, accelerator, gears, and brakes are all operated just as you would operate a scooter. Plus, you’ve got the added thrill of a weird triangular geometry, with one wheel in front and two in the rear.

How Is the Ape Racer Different Than a Regular Ape?

As mentioned, there are different models of Ape, but the current base model comes equipped with a 50cc engine. Models intended for harder work on more difficult terrain can crank that stat up to a 218cc gasoline or 422cc diesel engine.

Replacing these is often the number one priority. Racers tend to gravitate towards 600cc motorbike engines. You’re not going to be going much faster than 40 miles per hour, but it’s going to be intense.

The reigning ape pro is Loris Rosati. Piloting an ape with livery based on the star of the movie Cars, Lightning McQueen, Rosati stands out on the tracks. He swapped out his original engine with a 100-horsepower 4-cylinder borrowed from a 2002 Honda Hornet 600.

If the engine is the first modification, taking off the cargo bed is the next step. Typically, ape racers don’t take to the track with cargo. Instead, drivers create a rear assembly that helps balance out the awkward three-wheeled scooter, and houses the souped up-engine. In some classes, casters can be added to the roll bars to prevent rollovers.

Different parts of the ape racing kit are borrowed from various motorsports. Motocross suspension is often used, and the standard Vespa seat is replaced with a race car-style seat and harness. Since there aren’t specific ape race parts, you can find a little bit of everything on the tracks. A Suzuki part here, a BMW part there, and plenty of Italian and European pro street influence. It’s equal parts innovation and physics.

So, How Come We Aren’t Ape Racing in the US?

Great question! Apes are, in fact, legal in the United States, though they’re somewhat of a rarity. Vespas are also not unheard of here.

Between all the other non-standard motorsports out there, like tractor dancing and lawnmower racing, maybe we just haven’t gotten there yet. But, stay tuned…where there’s a flat piece of land, there’s a race.