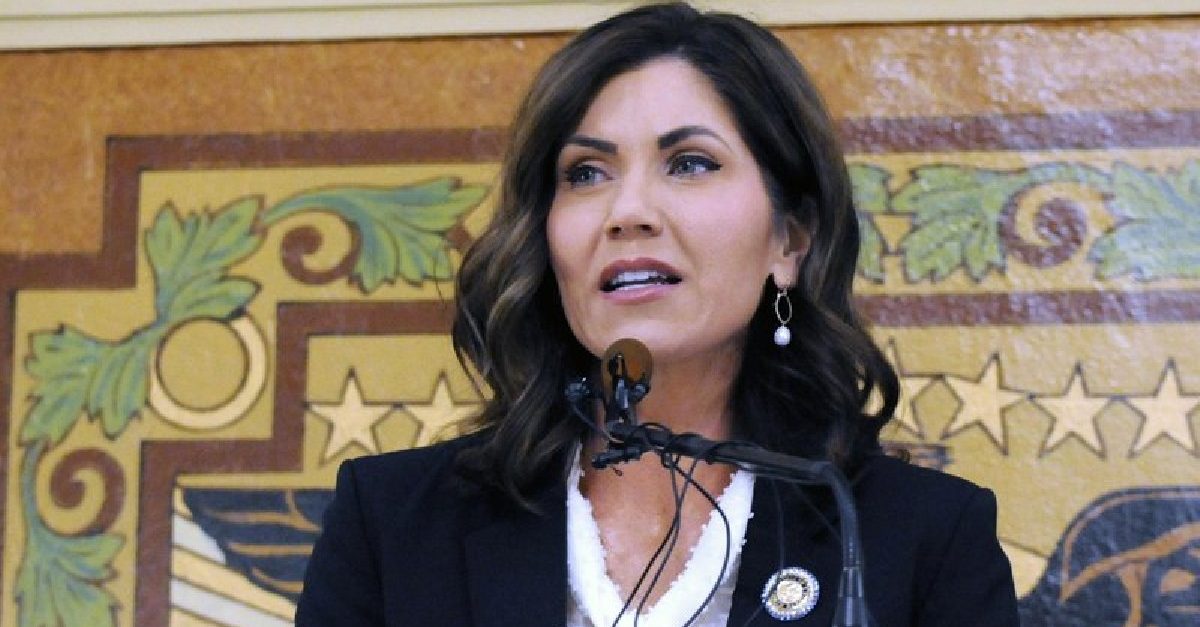 SIOUX FALLS, S.D. (AP) ? Gov. Kristi Noem said Tuesday that she does not want people to go to a dirt track race that’s scheduled to take place in Jefferson on Saturday, but that she won’t do anything to stop them.

The race is expected to draw about 700 people.

Just a heads up that all 700 tickets are sold. Join us on @SpeedShiftTV if you can.

While Noem said the race is a bad idea, she didn’t say why she wasn’t stopping it. The Republican governor has exercised a light hand on businesses during the global pandemic, often using her daily briefings to highlight the economic woes felt across the state. She said the state’s infection rate is still tracking with her projections, which predict a peak in mid-June.

Secretary of Labor and Regulation Marcia Hultman joined the governor at Tuesday’s briefing to address what she described as an ?unprecedented? surge in unemployment filings. She said about a quarter of people who have tried to file for unemployment have seen delays.

?Patience is wearing thin,? she said.

The governor said she continues to wait for the final report from the Centers for Disease Control and Prevention to release recommendations on how to reopen a Smithfield Foods pork processing plant where at least 761 workers became infected with the coronavirus. Two of the employees have died, according to the union representing workers at the plant.

One was 61-year-old Craig Allen Franken, who started working at the plant in 1979 when it was named John Morrell and Company, shortly after he was honorably discharged from the U.S. Army, according to an online obituary. The other worker who died was 64-year-old Agustin Rodriguez, died last week.

They are among eight statewide who have died from COVID-19, the disease caused by the new coronavirus. Statewide, a total of 1,755 people have been infected, up by 71 from Monday. More than 80% of the cases were in Minnehaha County, where the Smithfield Foods plant is located.

For most people, the coronavirus causes mild or moderate symptoms, such as fever and cough that clear up in two to three weeks. For some, especially older adults and people with existing health problems, it can cause more severe illness, including pneumonia, and death.