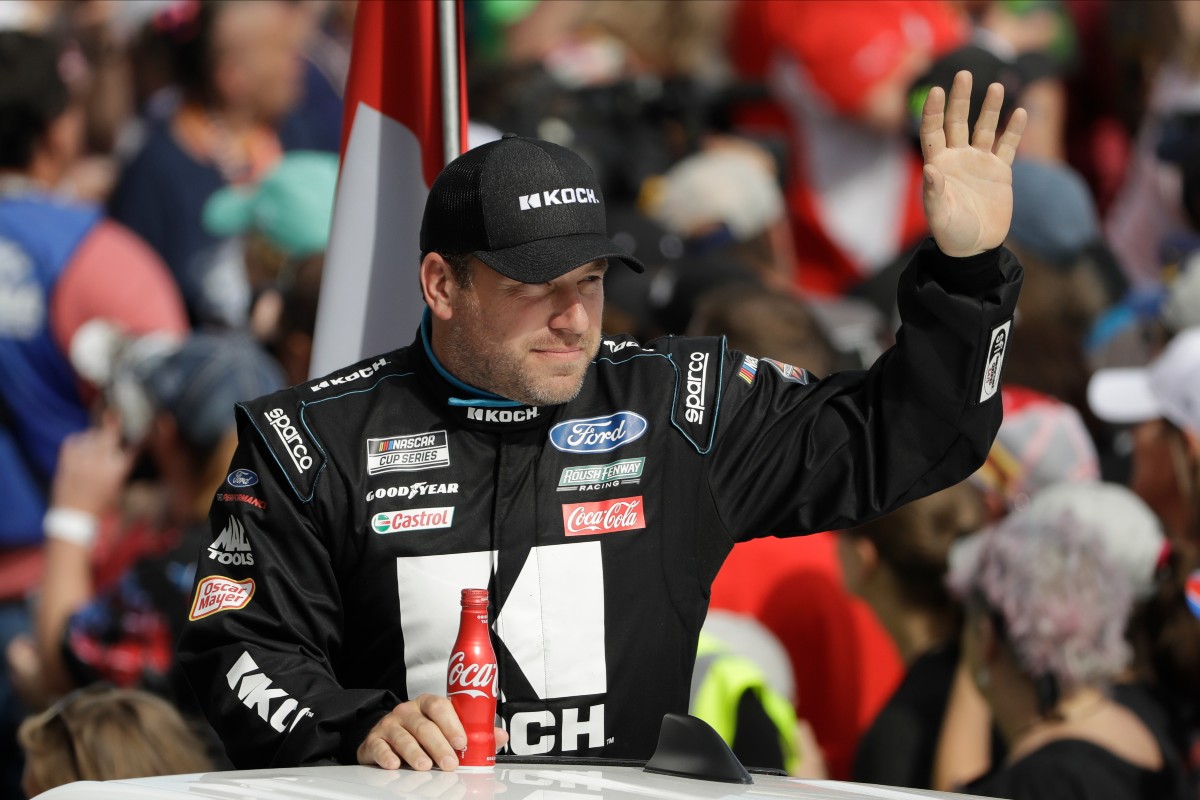 DAYTONA BEACH, Fla. (AP) — Roush Fenway Racing set a goal to reduce its carbon footprint even as it raced a pair of gas-guzzling cars all across the country.

The initiative started with small environmentally conscious measures that eventually grew into a company-wide initiative. With support from partner Castrol, RFR became the first carbon neutral team in NASCAR.

Roush Fenway on Thursday announced its carbon neutrality certification according to the PAS 2060 standard, verified by independent third party ERM CVS. Roush reached the status throughout its entire organization, including operations and its two race teams, for 2020.

The team will mark the achievement Sunday at Daytona International Speedway with a special paint scheme on Ryan Newman’s car. The Ford is typically a dominant green with red accents when Castrol sponsors the No. 6.

Newman’s car this week will be stark white with a grey Castrol badge and muted logos from partners that supported the initiative. It created a clean look that symbolizes the minimalistic path to carbon neutrality. Castrol in its sponsorship negotiations with RFR mandated a contract clause that the team work to reduce greenhouse gas emissions and offset the balance.

“We’ve spent months tracking, quantifying, measuring our existing carbon footprint and ways to reduce our carbon footprint,” RFR President Steve Newmark said. “There’s no doubt that we have unavoidable carbon emissions in how we operate our business. When you race cars and travel around the country to do so, that will inevitably be part of our operations.

“We’re trying to show that even companies in an industry like ours can take steps to reduce overall emissions, and, our hope is that it will set an example for other teams and the racing industry.”

Proud to announce that Roush Fenway Racing is the first carbon neutral NASCAR team, working with our friends at @CastrolUSA and led by our fearless driver @RyanJNewman #drivingforchange

To become carbon neutral, RFR set a goal to recycle 90% of every race car, including oil, rubber, aluminum and carbon fiber. The organization has reduced its overall waste produced to more than 100 tons over the last decade, switched to LED lighting throughout its campus, reduced energy consumption costs through computer-controlled HVAC systems and installed reflective roofing membranes to reduce solar heat gain.

Rainwater runoff at its North Carolina facility is captured and contained for landscape irrigation, and idling has been prohibited on campus to reduce emissions and air pollutants. The fleet of Roush company cars is being converted to Ford electric and hybrid vehicles.

Newman already has the all-electric Mustang Mach-E, the first Ford production developed from ground-up to produce a zero-emission vehicle.

“We as a society have to take notice to make an impact,” Newman said. “I’ve never been one to pride myself in driving around an electric vehicle but the reality is that makes a big impact. I’m a V8 (engine) guy with the rumble and a hot rod sounds good, looks good, and take the kids for ice cream in it — that’s me, right?

“The reality is that comes with a cost to our environment and I’m aware of that more so than ever. There are things that we can all be doing better.”

Newman noted that once a week he picks up 15 gallons of trash from the road in front of his North Carolina farm. He fills 5-gallon buckets with wrappers, bottles, beer cans and bags from fast food restaurants and convenience stores.

“It’s sad that people can be that nasty,” Newman said. “Their mindset has nothing to do with greenhouse gasses, or carbon footprints and offsets. They are more worried about not having trash on the floor of their car. They don’t care about what they are driving, they don’t care if it has a catalytic converters, they don’t care if the oil has been changed or what happened to the oil after.

“It’s a challenge and the whole message here is that you don’t have to do that. You can be efficient. You just have to be smarter.”