This Drunk NASCAR Fan at Dover Is Living His Best Life 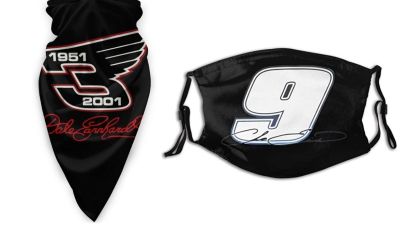 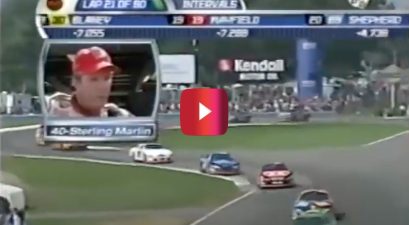 You never really know what you’ll witness in a NASCAR crowd. Plenty of past races have been filled with passionate, and sometimes hilarious, folks cheering on their favorite drivers, and it can be a real sight to see. Take this NASCAR fan in the video above, for example, who was filmed at the AAA 400 at Dover International Speedway back in 2011.

Now, I have to respect this guy’s energy. He points out individual drivers to cheer on as they pass by, taking his hat off and waving it around. At one point, he even flashes double birds as a certain driver passes him, showing that he doesn’t have a care in the world. Clearly, his behavior was influenced by a decent amount of alcohol. What’s a NASCAR race if you’re not cracking a few colds ones, though?

I think the funniest part about this whole video is that the guy is wearing a Michael Vick jersey. I mean, come on, how can you have that much enthusiasm and still not be wearing some kind of NASCAR or driver merchandise? Somebody get this guy a T-shirt! That’s how you cheer on a race!

If the spectators weren’t entertained enough from the racing itself, they definitely got a good chuckle from watching this guy do his thing. Hell, people watching is half the fun of a race, anyway.

What would we do without the drunk, over-the-top NASCAR fans? Seeing the stock cars race around at top speed can definitely get the blood pumping, and some fans aren’t afraid to show their enthusiasm. I’m glad another fan decided to film this particular instance. But, all that said, just remember to drink responsibly, and don’t be that guy climbing on the safety fence or streaking across the track. There’s a line between enthusiasm and just plain stupidity.