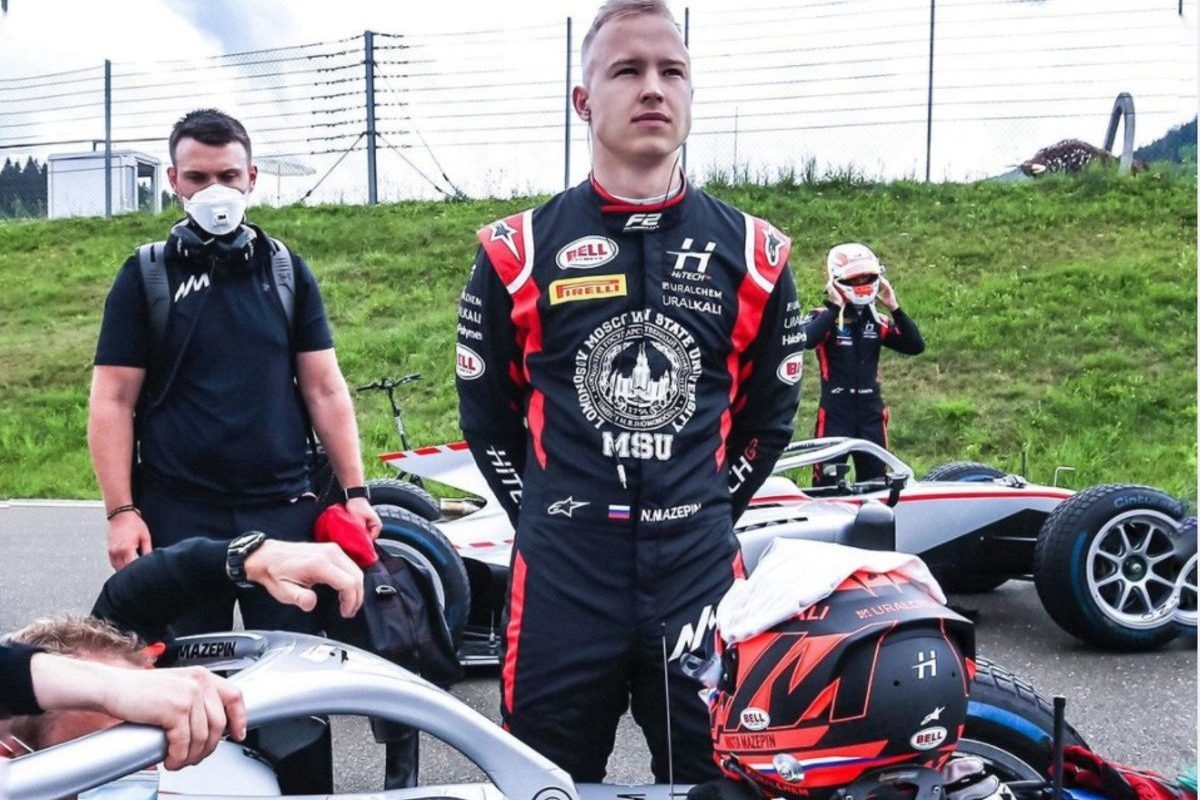 The behavior was condemned as ?abhorrent? by his new Haas team in December. The video showed Mazepin apparently groping a woman’s chest in a car. The video quickly circulated on Instagram Stories and across social networks before Mazepin deleted it.

?I?m not proud of it,” Mazepin said on Thursday at his team’s online car launch. “I have taken the responsibility for it both on and off the circuit. As human beings (we) have to show a certain behavior towards each other.?

Mazepin said he did not upload the video, but blamed himself nevertheless.

?There is no confusion from my side. I take the responsibility for my actions, I?m very firm in that. In regards to the video coming onto social media, I can say that it wasn?t my hands that have put it there.?

The 22-year-old Mazepin did not say if he has apologized to the woman.

?I think a privacy matter is very important in this case,? he said. ?I don?t think it would be correct for me to bring other people into this very wide media discussion.?

In three weeks' time, he starts his debut season in F1 alongside fellow rookie Mick Schumacher

And Nikita Mazepin realises he needs to work hard on improving himself on and off the track#F1 pic.twitter.com/5d1hyguN1f

He is the son of Russian billionaire Dmitry Mazepin, who financially backs the racing effort. The car’s new livery carries the colors of the Russian flag: White on top, blue in the middle, red on the bottom ? and the name of his father’s fertilizer company.

He is the second driver in F1 with a billionaire father involved. Aston Martin driver Lance Stroll’s father owns the team.

?It doesn?t really bother me because I am proud of my family, proud of my father, and I am not taking this in a negative way,? Mazepin said. ?I have to prove myself in F1 and I am going to do it.?

Mazepin was asked if he can beat Schumacher, his rival in F2 last year and in previous categories.

?I?ve done it before, when we competed in the same car, and I?ve also been beaten by him in the same car, so I think it?s all up for grabs,? said Mazepin, fifth in F2 last year. ?The challenge will be very interesting there, no doubt.?

The 21-year-old Schumacher, meanwhile, has been working on strength building.

?My main focus has been neck training,? he said. ?I?ve been training my neck since mid-December every day. I feel very fit, I feel very good.?

The season starts on March 28 at the Bahrain Grand Prix, with preseason also taking place in Bahrain next weekend.

It seems an appropriate place for Schumacher to start his F1 career, since his father won the inaugural race there in 2004 in style, with the fastest lap and pole position.

?My father won there so definitely good memories. There is a corridor going to the track filled with (photos) of each (winner). Seeing my dad on there is very special,? he said. ?I?m very happy to carry that surname and to carry that name back into F1. I?m very proud of it, it?s like a boost for me.?