Kyle Busch Impresses at Rolex 24, While Wayne Taylor Wins It All 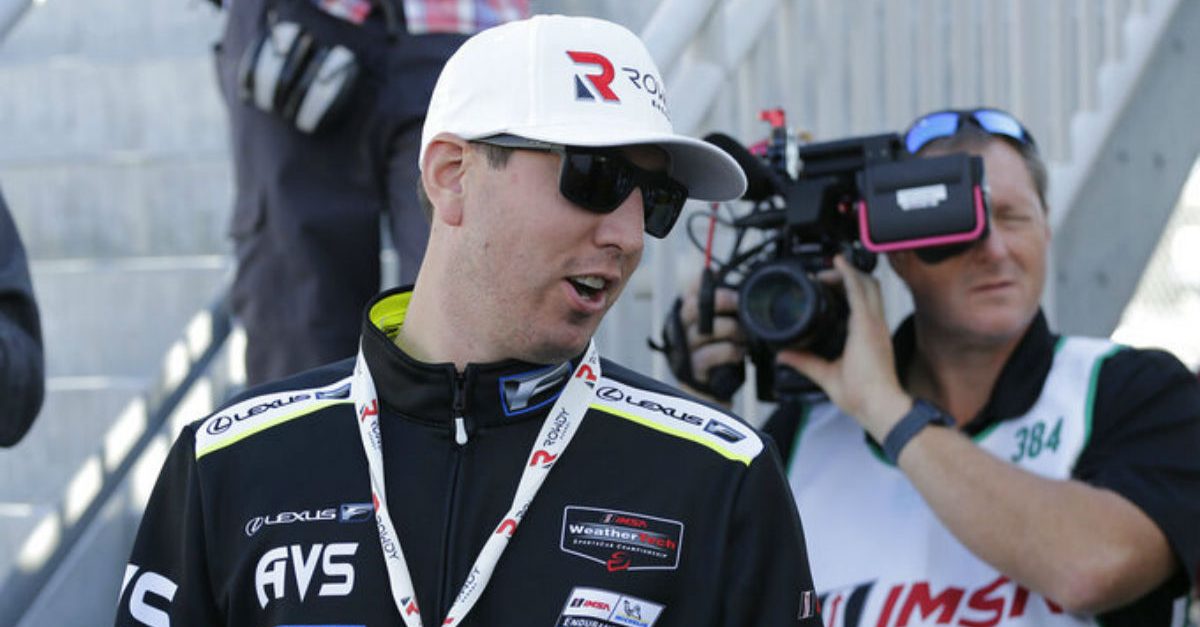 It was the first victory for the team owner without a Taylor behind the wheel and he grabbed his head in celebration, slammed the pit stand, then hugged his all-star driver lineup.

This Wayne Taylor Racing team came without either of the Taylor sons. Jordan, the youngest, left the team this year to become a factory driver for Corvette Racing while Ricky is in his third season driving an Acura for Team Penske.

Grueling, challenging and a test of endurance like none other in sports, but this No. 10 @KonicaMinoltaUS Cadillac DPi-V.R will always compete together, and conquer any challenge ahead.

Taylor had accomplished his dream by placing both of his boys in high-profile, properly funded rides. But that life goal forced him to rebuild his sports car program without either son.

For the first outing, he assembled a lineup full of Rolex winners. Taylor called in five-time IndyCar champion Scott Dixon and Kamui Kobayashi, one of the top sports car racers in the world. They joined Ryan Briscoe and Renger van der Zande, the full-time drivers of the No. 10 Cadillac DPi.

“This team, the drivers, when they come into this little team of ours, they are so focused and so passionate about winning and fortunately we are really bad losers,” Taylor said. “Scott Dixon, Ryan Briscoe, Renger van Zande, Kamui Kobayashi, I mean the guy is a superstar. I am so relieved, that’s the best way I can say it.”

The driver credentials in the Cadillac gave Taylor a “star car” of sorts, but his team was overshadowed in the buildup by other teams, the Rolex debut of reigning NASCAR champion Kyle Busch, and the bittersweet final breakup of the family-oriented team.

His team was so good in the twice-round-the-clock race that it shrugged off every tiny miscue — even when Briscoe blew through a red light on pit lane to earn a penalty that dropped him from the lead to a lap down — in a total beat down of the prototype class.

“The Cadillac was just flat out from the start,” Dixon said. “We had lots of problems along the way, but I think that’s what made it so good. To come back and go a lap down and get the lap back — just had the raw speed. You can’t go wrong with the reliability and the performance and how we ran. It was unbelievable.”

Kobayashi, once a Formula 1 driver and member of Taylor’s winning team last year, was spectacular and the Japanese driver closed the final three hours to beat No. 77 Mazda Team Joest by more than a minute. The Cadillac was the only car on the lead lap for long stretches of the race.

Jordan Taylor, who finished fourth in the GT Le Mans class, couldn’t even remember the last time a Wayne Taylor Racing car won a race without a Taylor in the cockpit. He first guessed 2004, then amended his answer to 2008.

“I think since 2013 we went only one year without finishing on the podium,” Jordan Taylor, referring to his former team as if he still drives for them.

The race had a record 833 laps, breaking the mark of 808 set two seasons ago. Taylor now has two wins as a driver — one when he drove for Wayne Taylor Racing — and four as a team owner.

Busch was really good in his first endurance race, but the team had its share of struggles with attrition and was never a contender.

Still, Busch said he’d be interested in a return to sports car racing, especially if Toyota or Lexus moves up to the prototype class, because he’d like a shot at racing for the overall win.

“Hopefully there is some things that Toyota’s got up their sleeve as to what kind of class they want to participate in and what kind of cars they want to run over here in the next few years,” Busch said. “I would certainly be, you know, all hands on deck to put my hands up to get ready to go for a DP overall win.”

New regulations reached for 2022 earlier this weekend would make IMSA’s prototype class eligible for the 24 Hours of Le Mans, another race Busch could potentially elbow into in the future.

Toyota Racing Development President David Wilson said the manufacturer has no present plans to move up in class with Lexus or enter prototypes with Toyota.

“We are very happy racing in the GTD Series and we intend to continue as we still have races and championships to win,” Wilson said. “We would not rule it out in the future, but at the present time we have no plans to participate.”

Busch was highly praised by his teammates, as well as team co-owner Jimmy Vasser, who said not one person in the organization had an issue with the temperamental driver.

“He impressed. I am not sure why he impressed. He’s a NASCAR champion. He’s won more NASCAR races in the modern day than anybody, but it takes a lot of confidence and guts to jump into a discipline that he’d never really done before and he did it with ease,” Vasser said. “He was really, really impressive. He was running times of top sports car pros.

“He’s a very serious guy, but he was a joy to have on the team and really added a lot for our people to see how a true professional works. Not that we don’t have them here, but he’s a great champion and a true champion. He came here to learn and he didn’t know and he had an open mind. Some people might come in and think they know everything. But he certainly didn’t and showed he knows quite a bit.”