DAYTONA BEACH, Fla. (AP) -- Jusan Hamilton fell hard for fast cars, dreaming as a kid of a NASCAR career as he drove at dirt tracks in New York. He contended for wins, kept pace with top drivers as he bounced from series to series and trusted his talent enough to know that he could succeed as a professional driver.

What Hamilton didn't see as his family traversed around tracks were other kids that looked like him. And while a dearth of minorities didn't deter him from racing, it did lead other friends and family to wonder what he was doing with his time each weekend.

"Why does an African-American kid from upstate New York have an interest in motorsports?" Hamilton said he was often asked.

The answer was simple, based less on breaking barriers and blazing trails, and more about simply pursuing his passion.

"For me, it was, this is what I enjoy," Hamilton said. "This is what I love doing. There's a huge connection with me and my family to go to the race track each weekend and spend the time together." 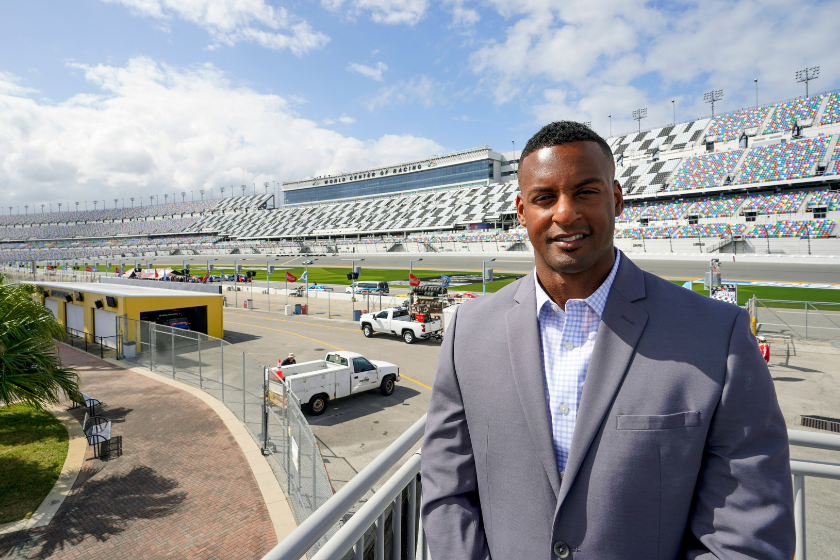 The 31-year-old Hamilton did make it in racing, not in a driving career that petered out -- to a great degree because of the financial strain on his family -- but behind the scenes for over a decade in NASCAR. He has worked in event production, social media, shepherded the series' Drive for Diversity program (that rejected him as a teen) and eventually was named race director for NASCAR's three national series.

On deck, his milestone moment: Hamilton is set to become the first Black race director in Daytona 500 history and only the third since 1988. He will watch from a booth overlooking the sprawling track and call the shots on everything from cautions to penalties to the clean-up crew, navigating the complexities of the race in the official debut for NASCAR's Next Gen car.

"It's not necessarily about being the first Black man to call the Daytona 500," Hamilton said. "Career-wise, it's a huge accomplishment for me, with the passion I've had for motorsports. Bigger picture, I hope it sets a positive example for others that, regardless of race and background, if you work hard and have a mindset toward your goal, it is achievable."

NASCAR's broadened diversity initiatives have made strides over the last decade, as the stock car series tries to bust traditional stereotypes and reflect all genders, ethnic groups and backgrounds.

"I've always felt welcome," Hamilton said. "I didn't think the perception was the reality of working here. I do think in the last two years, that was the right time for the company to make its internal stance, that I've always felt, known to the public. I think we've taken huge steps in our public perception."

Bubba Wallace, who last season became the first Black driver to win a Cup Series race since 1963, has become the face of NASCAR's diversity push. Wallace, who won driving for a team co-owned by NBA Hall of Famer Michael Jordan, found his voice as a catalyst for change and led the successful push for NASCAR's 2020 ban of the Confederate flag.

He's not alone as a person of color paving a new path in NASCAR. Take a look around the garage at Daytona and multicultural audiences are represented in a wide range of jobs.

Jesse Iwuji, a lieutenant commander in the Navy Reserve, will become the second full-time Black driver this season with plans to run in the second-tier Xfinity Series. Iwuji co-owns his team alongside Pro Football Hall of Famer Emmitt Smith, who enters NASCAR a year after Jordan and entertainer Pitbull joined the ownership ranks. Pitbull co-owns a team that has Mexican driver Daniel Suarez.

Floyd Mayweather Jr. has a car that will attempt to qualify for the Daytona 500, as does NY Racing, a team owned by Black entrepreneur John Cohen.

"Jesse, he's been grinding so hard to make this work for him and being a dream for him, something he wanted to do when he retired from the armed forces, was really cool," Wallace said. "That's just him having the right people around him and helping him succeed. As far as industry leaders like Jusan, it's really cool that he's a voice that we hear out here for a race director."

Noah Gragson raced his way into the Daytona 500 on the strength of team owner Linda Beard and Beard Motorsports. Busch Light announced this week it was "seizing the opportunity to make historic progress toward gender inclusivity" and committed $10 million to sponsor every 21-and-older female driver in NASCAR over the next three years. Among the familiar names expected to benefit from the "Accelerate Her" program include Xfinity Series driver Natalie Decker and Truck Series veteran Jennifer Jo Cobb.

Cohen has an ownership career that included five drivers and 17 starts from 2012 to 2018. He recruited Greg Biffle for his NY Racing team for a run at Daytona as an open car and secured sponsorship from Grambling State University. The 46-year-old Cohen credited NASCAR President Steve Phelps for his role in shifting racial attitudes within the industry. 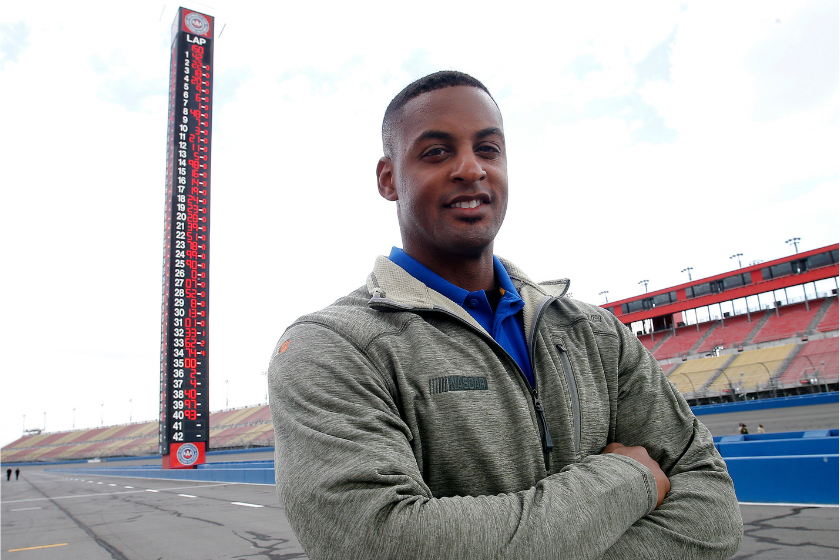 Just maybe, not so far down the road, the days of the good-ol'-boy Southern attitudes will truly become extinct.

"People have this perception that it's not really for you," Hamilton said. "I hope that by what I'm doing, the next age group that's coming up and has an interest like I do, they don't get those sideways looks and those questions of why. It's more something that shows, yes this is achievable. Someone has set an example and the pathway is there. If this what you want to do, by all means pursue the goal and you get that kind of support."

READ MORE: Wendell Scott Was a WWII Vet, a Moonshine Hauler, and a NASCAR Pioneer