Jeff Gordon’s New Role at Hendrick Is a Tough Gig, and the 4-Time Champ Is Loving Every Minute 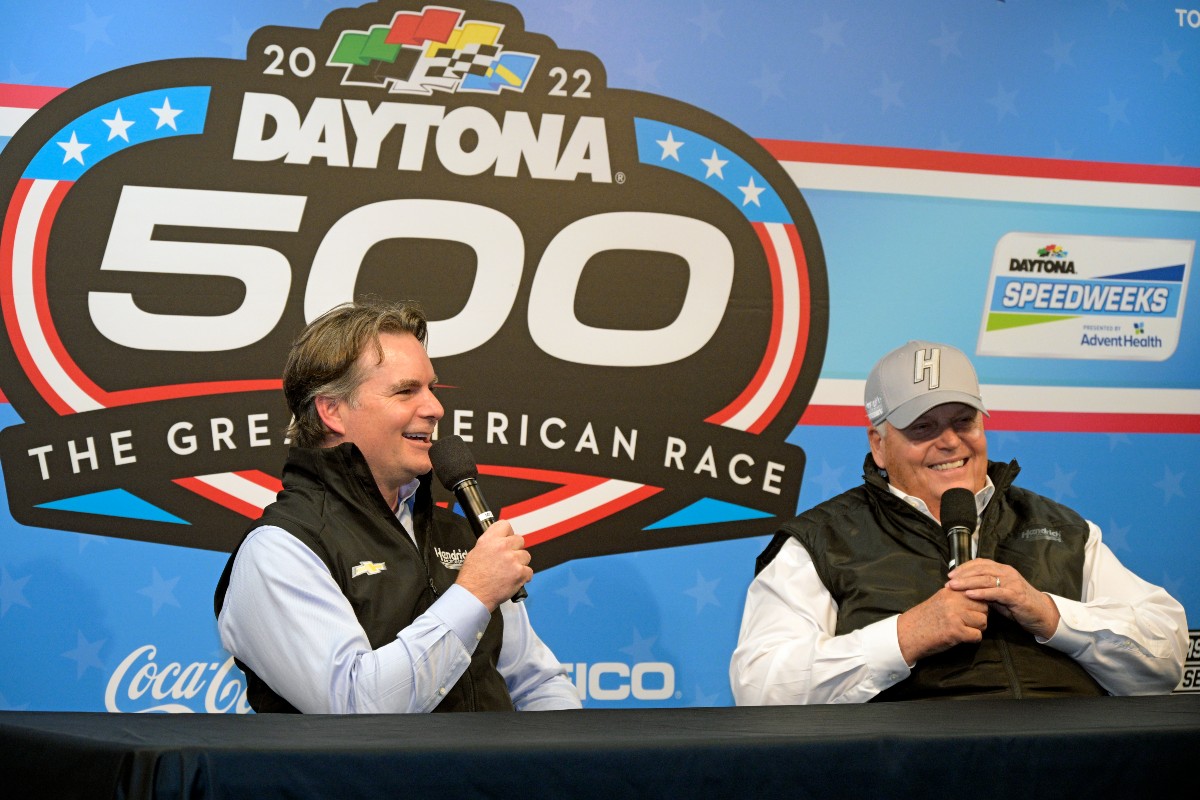 DAYTONA BEACH, Fla. (AP) — Jeff Gordon called NASCAR races for Fox when his old boss popped in for a visit and left behind a note. Rick Hendrick had good-naturedly posted hours of his 12-plus-hour work days for his former star driver. Those are the grueling demands of the job when you own more than 100 car dealerships and have your name on the winningest organization in stock car history.

“I knew I could never live up to that,” Gordon said, laughing.

For the first time in his 50 years, Gordon jokes that he finally has a real job (minus the TPS reports). Yes, he has an office and a desk and if he needs to punch a clock, well, Gordon could start with one of the nine grandfather clocks he won at Martinsville.

And his day starts as soon as the working dad drops his two kids off at school.

Gordon has settled into his daily role at Hendrick Motorsports as the new vice chairman and the second-ranking team official to the 72-year-old Hendrick. The move positioned Gordon to one day succeed Hendrick and run the operation. The real-world gig for the four-time champ already came with an early performance review from Hendrick.

“He’s showing up on time with his game-face on,” Hendrick said.

Whew! Next stop, employee of the month.

Gordon now has a hand in all aspects at Hendrick, from competition meetings and marketing to securing sponsorship and social media ideas. He’s a mentor of sorts to Hendrick’s four Cup drivers — defending champion Kyle Larson, 2020 champion Chase Elliott, William Byron and Alex Bowman. And why not? Gordon blended wild success with off-track celebrity like no other driver before him (and maybe since). Gordon has encouraged the drivers to step out of their professional comfort zone and find new ways they could promote themselves and the sport.

Gordon should know how to stretch beyond racing. He hosted “Saturday Night Live,” voiced multiple cartoon characters, and acted in various TV shows, movies and commercials.

“If the drivers are growing their following, then likely the sport is benefiting from it, too,” Elliott said. “I think he’s just trying to help everybody win.”

Winning is still what Hendrick does best.

Hendrick swept the front row for Sunday’s Daytona 500 with Larson on the pole and Bowman starting outside. It was the seventh pole in the last eight Daytona 500s for Hendrick.

The team’s dominance was launched by Gordon, handed off to seven-time champion Jimmie Johnson and could seemingly continue for decades. Hendrick said he was close to signing Byron and Elliott to contract extensions and hoped both drivers — like Gordon — would finish their careers with the organization.

Gordon, the face of NASCAR as it exploded in popularity in the 1990s, had an equity stake in Hendrick Motorsports since 1999, and his interest in the business side of the sport only grew, even as he called races in the Fox Sports booth. So did his realization he wasn’t done making a difference at Hendrick.

“I always thought if I’m not the one driving the car, then the championships or wins won’t mean as much,” Gordon said. “I beg to differ. I think in some ways that it’s as rewarding, in other ways even more rewarding, because I’m connecting with Rick.”

Gordon wanted more than a seat at the table. He needed more seats in the pit box after he was squeezed out at the championship race last season.

Did he get some?

Of course he did.

For a driver who mastered the Bricks at Indy — he’s a five-time Brickyard 400 winner — Gordon will soon show off his skills with Lego bricks. Gordon and Byron are set to guest this season on an episode of “Lego Masters.” Byron is a master builder — he flashed his handiwork on Manchester United’s Old Trafford stadium — while Gordon insisted he’s much more of a novice.

“I can only pull the instructions out of the box,” he cracked.