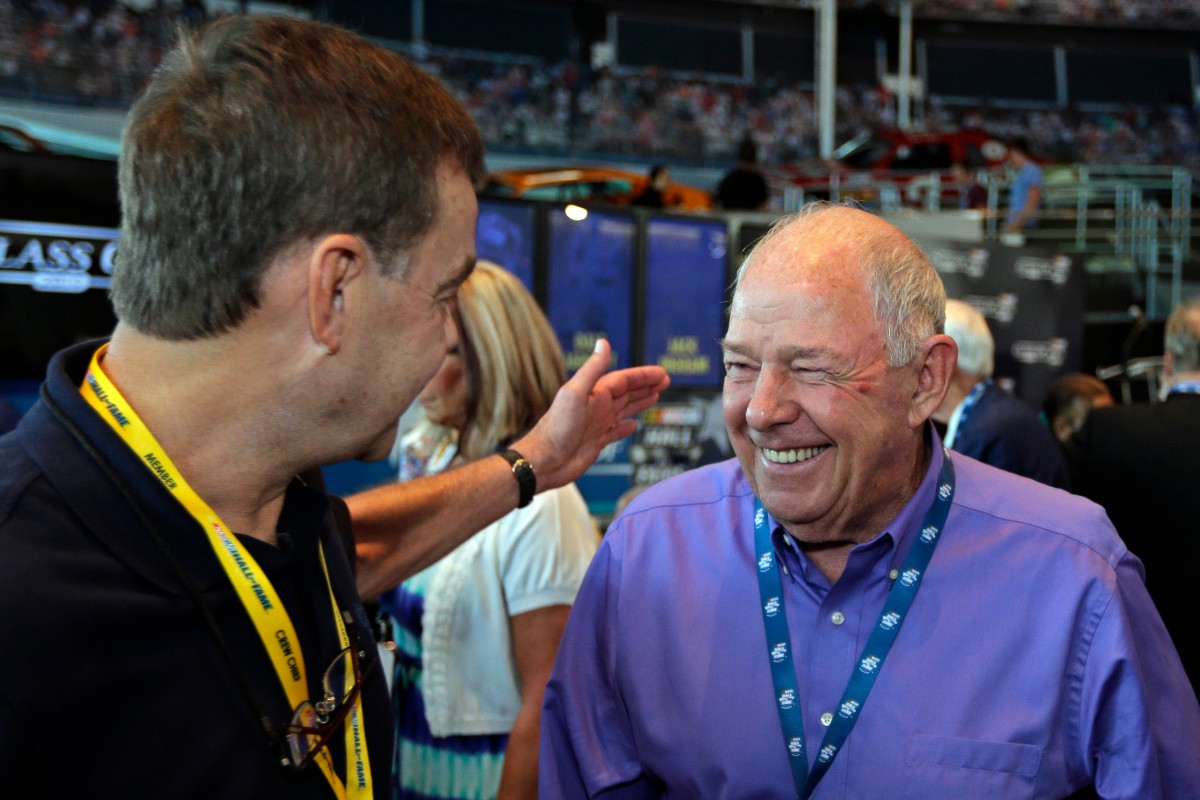 CHARLOTTE, N.C. (AP) ? Jack Ingram, a hard-hosed, hot-tempered racer who won five NASCAR championships and more than 300 races, has died, the NASCAR Hall of Fame said Friday. He was 84.

No details were released by the Hall of Fame. A 2014 inductee, Ingram lived in the Asheville area and had been hospitalized in May.

The NASCAR world mourns the loss of Hall of Famer Jack Ingram, who has passed at the age of 84: https://t.co/BWDYOWrFUA. pic.twitter.com/u2kyIhtgD5

?Jack was a fixture at short tracks across the Southeast most days of the week, racing anywhere and everywhere. He dominated the Late Model Sportsman division like few others,? NASCAR chairman Jim France said.

?Jack was an ?old school racer? and his work on his own car helped propel him to victory lane hundreds of times. Of our current 58 NASCAR Hall of Fame members, he is one of only six that was elected based on his career and contributions in the grassroots level of our sport.?

Nicknamed the ?Iron Man? for his relentless pursuit on the race track, Ingram dominated NASCAR Sportsman competition during the 1970s. He won three consecutive championships from 1972 to 1974 and continued to compete when the series underwent a transformation and became what is now known as the Xfinity Series.

Prior to Kyle Busch, who won his 100th career Xfinity Series race last week, Ingram was considered the greatest driver in history for NASCAR’s second-tier series. He won two championships when the series was called the Busch Series, including the inaugural 1982 title.

?Tough as nails. Old school. Lots of respect for him and that era he performed in,? Dale Earnhardt Jr. posted on social media.

Nascar legend Jack Ingram has passed away. Tough as nails. Old school. Lots of respect for him and that era he performed in. https://t.co/MkW8nr1Hxl

A driver used to racing 80-some events a year, Ingram said the reformatted Busch Series with its 29 events ?was like taking a holiday.? Ingram won a series-high seven times while winning the 1982 title. He beat fellow North Carolinian Sam Ard for that championship by 49 points.

His record 31 series victories stood until Mark Martin passed him in 1997. Busch has since passed Martin for the all-time mark.

?He was known unilaterally as ?The Iron Man? for his relentless, hard-driving style to win, along with the incredible schedule he kept, crisscrossing the country racing wherever there was a checkered flag to be captured,? Kelley said. ?Ingram owned, built and worked on the cars himself and although his talent could have allowed him to compete in the premier series of NASCAR, he chose to stay in the series he knew and loved best.?