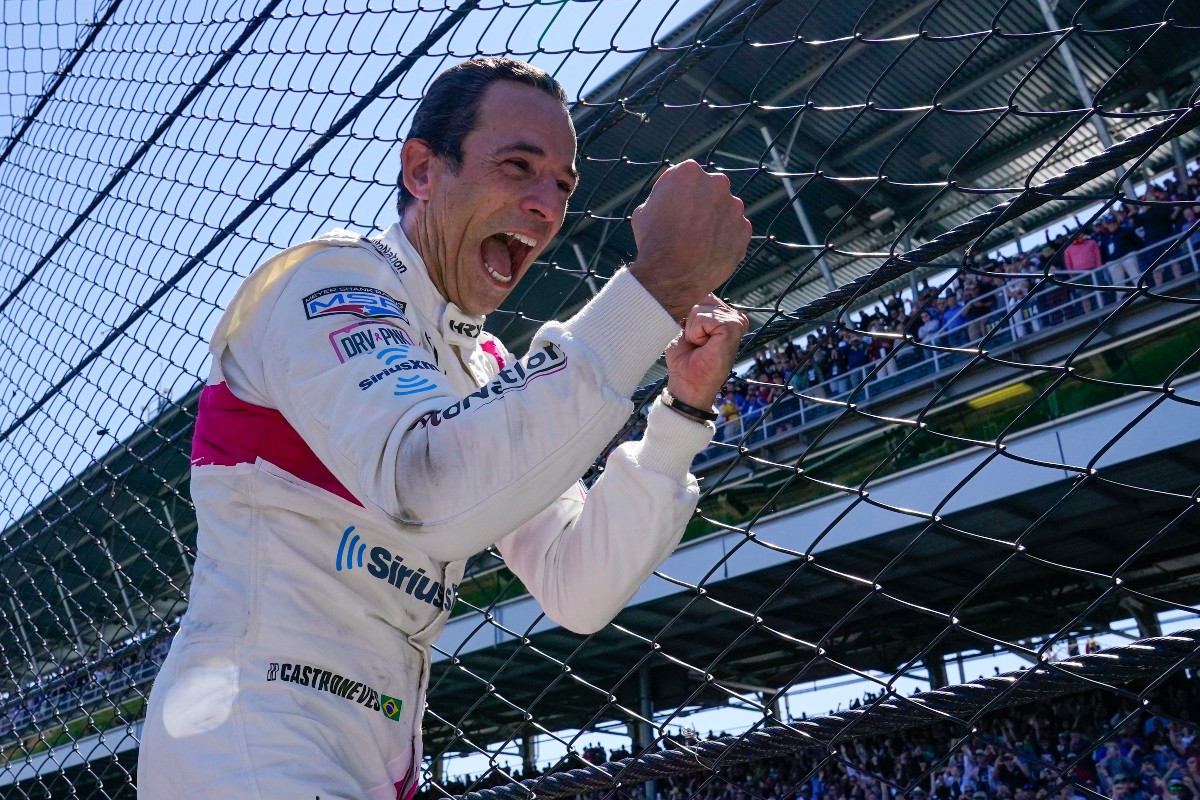 The rewards are still rolling in.

When the popular 46-year-old Brazilian returned to Indianapolis Motor Speedway on Thursday, track officials presented him with a bronze brick and on Friday, he was named as the headliner in a nine-member Motorsports Hall of Fame of America induction class for 2022.

?The motivation has always been there,” Castroneves said. ?It?s not about the title. I never lost faith. I wouldn?t be going inside the helmet if I didn?t think I had a chance to succeed. For me that keeps me right there on the edge and the competition in the IndyCar Series, it?s so competitive that if you sneeze, you lose a tenth.”

Roush was the mastermind of more than 300 Cup Series wins. Brock deigned the 1965 world champion Cobra Daytona coupes. LaHaie is the only person win NHRA Top Fuel titles as a driver and a crew chief.

The final inductee will be named later this month.

George Levy, president of the Florida-based Hall of Fame, said half of the 200 ballots come from journalists and historians and the other half is comprised of Hall of Fame members. He said this year’s votes were cast before Castroneves became the first foreign-born driver to win four 500s.

But it certainly added to his first-ballot resume.

Castroneves’ six career CART wins and 25 IndyCar wins give him 31 overall, tied with Paul Tracy and three-time Indy winner Dario Franchitti for No. 10 all-time. His 47 career poles also rank among the all-time leaders.

Most of those successes came while he spent 23 seasons driving for powerhouse Team Penske. He won this year’s 500 with Meyer Shank Racing, with whom he’ll represent in Saturday’s Indianapolis Grand Prix.

?To announce it today at the place where Helio made history just a couple of months ago is amazing,” speedway president Doug Boles said. ?I know George talked about the first foreign-born winner, but I think a lot of people here consider you a Hoosier.”

?There?s a knack to picking talent at a place like this and I think the speed and the intensity just fit right in Helio?s wheelhouse,” Miller said. ?I think he?s one of the guys who was made to race here. Look how close Helio is to being a six-time winner, what 40 feet?”