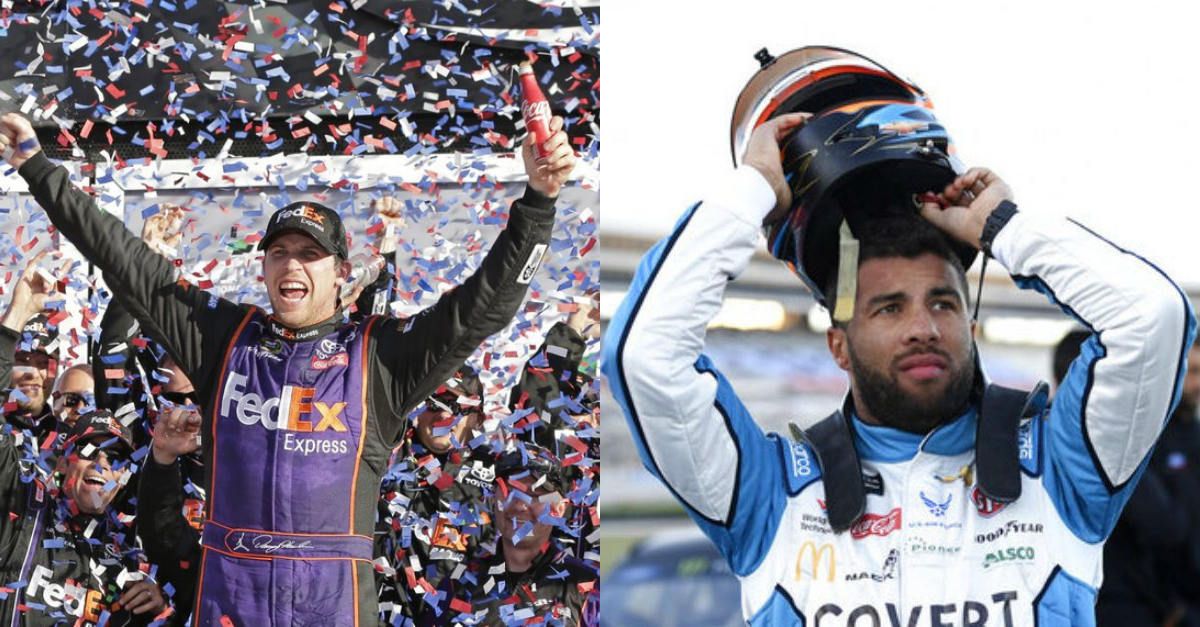 CHARLOTTE, N.C. (AP) ? Denny Hamlin has partnered with Charlotte Hornets owner Michael Jordan to form a NASCAR team with Bubba Wallace as the driver, a high-profile pairing of a Black majority team owner and the only Black driver at NASCAR?s top level.

The partnership was announced Monday night in coordinated social media posts by Jordan and Hamlin, with Wallace adding his own comment. The posts showed a picture of Jordan alongside a firesuit-clad Hamlin in a motorhome at a race track.

?Historically, NASCAR has struggled with diversity and there have been few Black owners,? Jordan said in his statement. ?The timing seemed perfect as NASCAR is evolving and embracing social change more and more.?

Jordan becomes the first Black majority owner of a full-time Cup team since Hall of Famer Wendell Scott drove his own race car in 495 races from 1961 to 1973. Scott?s 1964 victory at the Jacksonville 200 is the only win by a Black driver in Cup history.

The NBA great, who earlier this year pledged $100 million over 10 years for initiatives combating systemic racism, said the move into NASCAR is another step toward racial equality.

?I see this as a chance to educate a new audience and open more opportunities for Black people in racing,? Jordan said.

Hamlin, a three-time Daytona 500 winner and top contender for this year?s Cup title, said the team will be a single-car Toyota entry aligned with Joe Gibbs Racing.

Tonight, I’m excited to announce MJ and I are starting a new, single car @NASCAR Cup Series team for 2021. Deciding on a driver was easy – it had to be @BubbaWallace. pic.twitter.com/nIJv0X6ZOX

?Eleven years ago I met Michael Jordan at a then-Charlotte Bobcats game and we became fast friends,? Hamlin wrote. ?Not long after, I joined Jordan Brand as their first NASCAR athlete. Our friendship has grown over the years and now we are ready to take it to the next level.”

?Deciding on the driver was easy ? it had to be Bubba Wallace.?

Wallace is the only Black driver at NASCAR?s top level and this season used his platform to push for racial equality. The 27-year-old successfully urged NASCAR to ban the display of the Confederate flag at its events and has exploded into a national spokesperson.

Wallace is winless in 105 starts over four seasons at NASCAR?s top level, but he has six career victories in the Truck Series. He?s been handcuffed by mid-level equipment driving the No. 43 for Hall of Famer Richard Petty and, until this summer, the team struggled to land sponsorship.

?Bubba has shown tremendous improvement since joining the Cup Series and we believe he?s ready to take his career to a higher level,? Hamlin said. ?He deserves the opportunity to compete for race wins and our team will make sure he has the resources to do just that.

?Off the track, Bubba has been a loud voice for change in our sport and our country. MJ and I support him fully in those efforts and stand beside him.?

There?s been speculation for months that Hamlin was organizing some sort of ownership group as he expects NASCAR?s business model to become more favorable for team owners when the ?Next Gen? car is released in 2022. NASCAR rules prohibit a current driver from owning a team and driving for another, but Hamlin works around the policy with Jordan as the primary owner.

Jordan became a partial owner of the Bobcats in 2006 and bought the team outright in 2010, restoring the franchise to its original Hornets name. Hamlin has been a longtime season-ticket holder with courtside seats along the visitors? bench.

Jordan has twice traveled to the NASCAR season finale to watch Hamlin race for the championship. Hamlin, who?s 39, is still seeking his first title.

?Growing up in North Carolina, my parents would take my brothers, sisters and me to races, and I?ve been a NASCAR fan my whole life,? Jordan said. ?The opportunity to own my own race team in partnership with my friend, Denny Hamlin, and to have Bubba Wallace driving for us, is very exciting for me.?

Wallace, who has cobbled together about $18 million in sponsorship deals since he made social equality his platform, already said he?d leave Richard Petty Motorsports at the end of the season.

This is a unique, once-in-a-lifetime opportunity that I believe is a great fit for me at this point in my career. I’m grateful and humbled that they believe in me and I’m super pumped to begin this adventure with them.

?This is a unique, once-in-a-lifetime opportunity that I believe is a great fit for me at this point in my career,? Wallace wrote. ?I am grateful and humbled that they believe in me and I?m super pumped to begin this adventure with them.?

Jordan and Hamlin purchased a charter for their team from Germain Racing that guarantees Wallace a spot in the 40-car field every week.