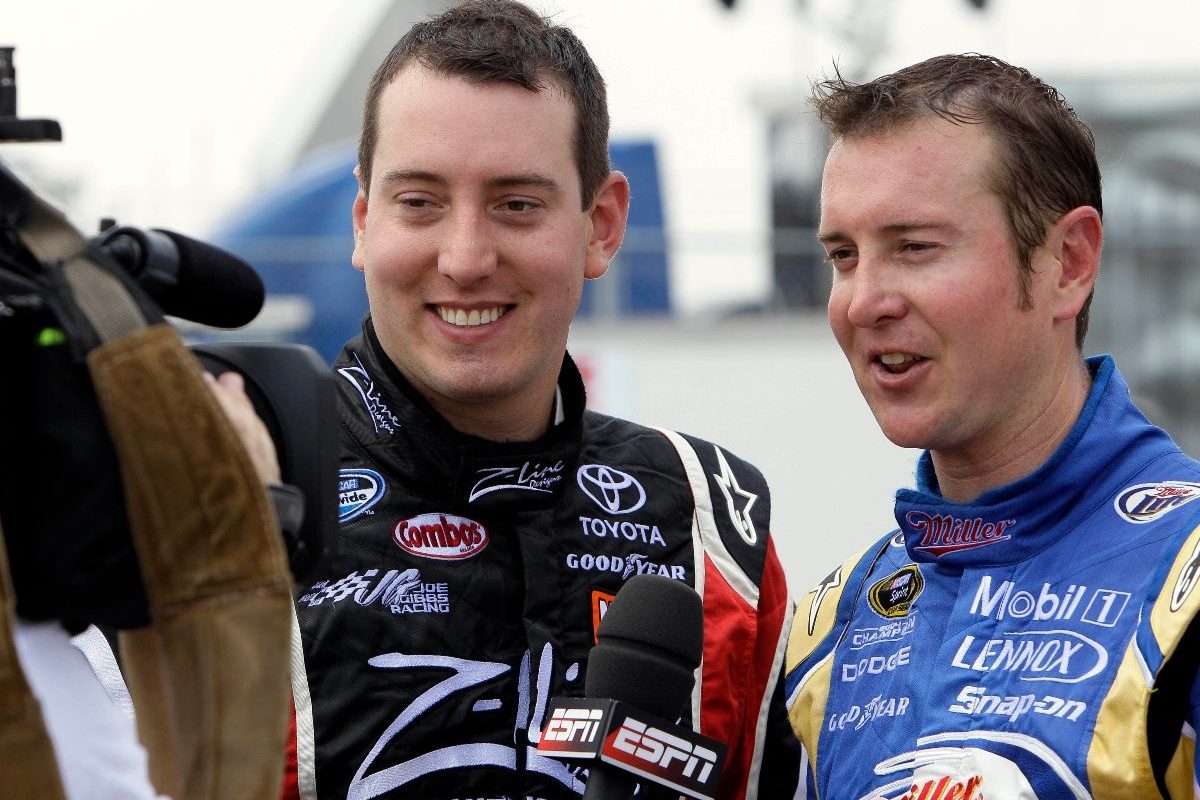 HAMPTON, Ga. (AP) ? The Busch brothers are banging on the Allisons’ rear bumper for the top spot on the list of NASCAR Cup Series wins by siblings.

On Sunday, however, the sibling rivalry between Kurt and Kyle Busch was the story. Thanks to Kurt’s win over runner-up Kyle at Atlanta Motor Speedway, each has two wins in the four Cup races featuring one-two finishes by the brothers.

That was a cause for celebration for older brother Kurt, who climbed out of his car and yelled, ?Hell yeah, we beat Kyle!?

It was a sore subject for Kyle. Kurt said his younger brother dropped by victory lane to ?do the Kyle Busch grumpy.?

Neither likes losing to the other. It may be especially difficult for Kyle, even though he’s had more NASCAR success.

?It?s a little-brother syndrome,? Kurt said. ?I?m an older brother. I don?t know what it is to be the younger one. It?s a genuine feel of I?m not trying to push his buttons, but I know that as we?ve gotten older, the stats have stacked in his favor, and I?ve come to agreement with that in my own mind.?

Kurt predicted his brother would move past his hurt feelings in a few days. It might help Kyle to be reminded that he and Kurt are closing in on that record for most Cup Series wins by brothers. Bobby Allison (84) and Donnie Allison (10) combined for 94 Cup wins, the record for brothers. The Busch brothers now have 92 ? 59 from Kyle and 33 from Kurt.

Kurt, 42, wants to make sure he?s still racing when the record falls.

?It needs to get done here in the next year or two while I?m still driving,? he said. ?They still have that record, but Kyle and I are out here finishing one-two. We can chip away at it and try to get that done.?

The last time Kurt beat Kyle in a one-two finish, in Kentucky in 2019, it cost Kurt a seat on Kyle’s plane ride back home to Charlotte. On Sunday, Kurt knew he should arrange his own transportation.

?It?s only about four hours back to Charlotte, so it?s not too big of a deal,? Kurt said. ?But I?m pretty sure Kyle has already taken off.?

Kurt still smiled. He had something better than a ride home.

?I?ll tell you, the adrenaline gets going, the childhood memories come back,? Kurt said. ?The best of the best in this business is in my mirror, and yet I can giggle to myself sometimes and go, ?Yeah, I taught him everything he knows.??

Kyle gave credit to his big brother as ?definitely better than us today.?

“I thought I had him, and I did, but racing just didn?t play out for us today.?

Kurt said the rivalry can be intense.

?It?s an awesome, genuine battle between the two of us,? he said. ?We?ve had some friction over the years, but as we get older we?ve gotten slightly a bit wiser and we?ve raced each other with a ton of respect on track to almost be teammates, even though we race for different organizations.?

Kyle won the Xfinity Series race Saturday, his fifth win in five tries this season in the second-tier series, and said he doesn?t plan to return to the series next season.

Kurt Busch?s win could provide a boost in his search for a new team. His contract with Chip Ganassi Racing expires at the end of the year, and Ganassi sold the team to Trackhouse Racing owner Justin Marks this month.

Kurt wants to drive one of NASCAR’S new Next Gen cars next year.

?It seems to be an owners? market right now, but for me I?m doing all I can with the Next Gen car on the horizon,? he said. ?I?m a racer, and I?ll be a racer through and through. … To drive this Next Gen car, it?s important to me, and I?m going to try to make it work.?