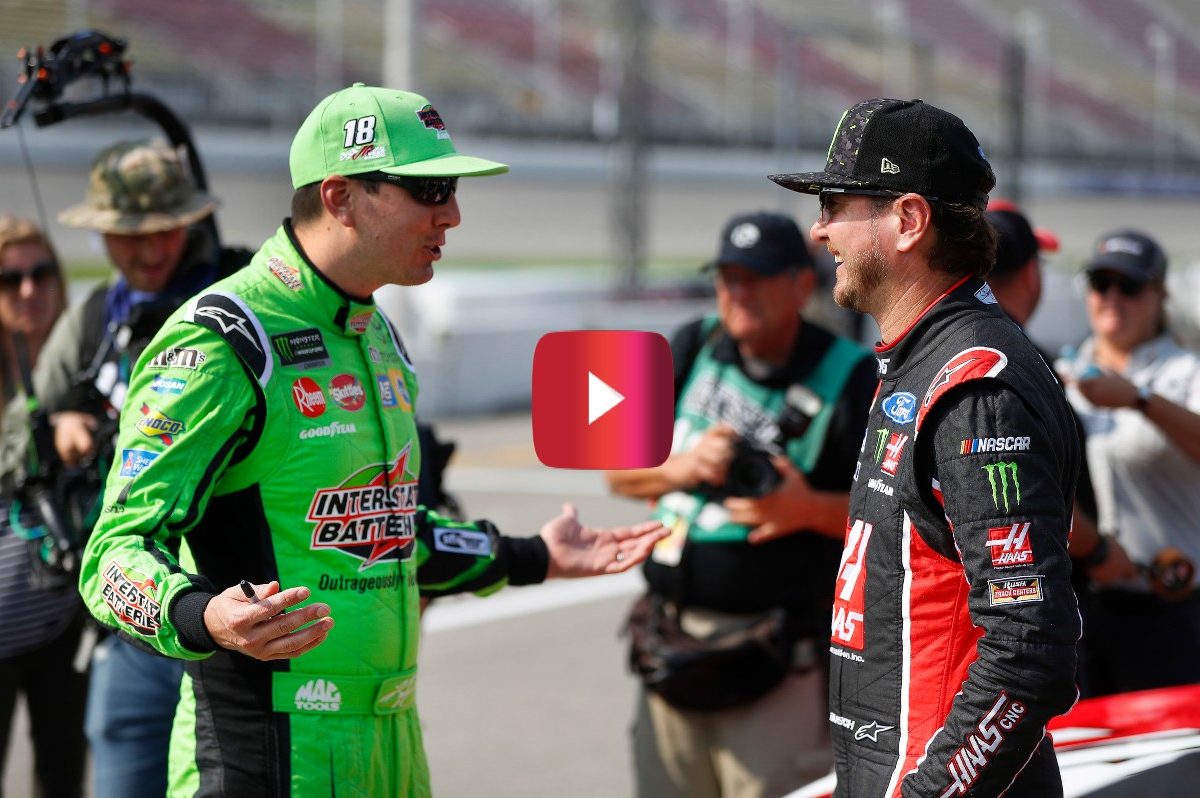 Kyle Busch nabbing the Buschy McBusch Race 400 victory at Kansas Speedway back in May certainly called for celebration. Not only did it mark his first win of the 2021 season, but it also happened to fall on the same day as his 36th birthday. He had a great celebration on victory lane, but that was only just the beginning.

Luckily for Kyle, his brother Kurt Busch went a step further. They were both due for a flight back home, and since Kurt arrived at the airport earlier than Kyle, he figured that would be the perfect time and place to set up a little impromptu party. Cinco de Mayo was right around the corner as well, so his golden idea involved hiring a full mariachi band to play some music for when Kyle walked through the doorway. Kyle was certainly surprised as he walked into the airport, and Kurt even had a few cold beers waiting for him.

I hired a mariachi band to surprise @KyleBusch at the airport for his birthday. Will also be a victory party! Stay tuned… pic.twitter.com/lIExhHCnap

Luckily for fans, Kurt decided to film a couple clips, showing him waiting for his brother to show up, the moment that he arrived, and the two of them enjoying the show. While they waited for their flight, they got a chance to enjoy the music, and the band even played the oh-so-fitting “Una Mas Cervesa.” As for airport experiences, it doesn’t get much better than this. Kyle’s wife Samantha and his son Brexton even joined in on the action via FaceTime. There’s no doubt that Kyle must have been on cloud nine for the next few days.

A race victory, a birthday, and a Cinco de Mayo celebration. That sounds like one hell of a weekend, but it was well-deserved It’s good to see the Busch brothers having a little fun, even if it was just for a few moments at the airport. This may be a bit hard to top, but I can only imagine things got even better once Kyle finally made it back to his family in North Carolina.

WATCH: How Much Is Kyle Busch Worth?